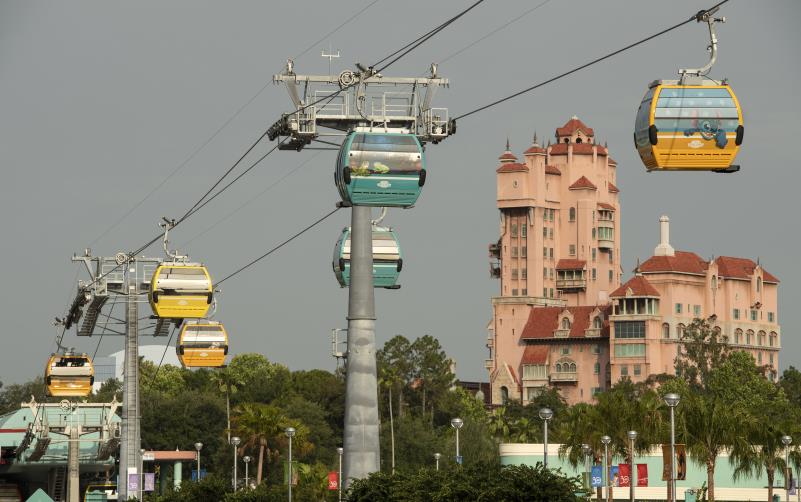 Today Disney revealed the designs on 64 Disney Skyliner gondolas that will be a part of the aerial tramway system that connects Epcot to Disney’s Hollywood Studios and four nearby Disney resort hotels. Testing continues on the system that is set to open to guests this fall.

Some of the gondolas feature graphics based on Disney films, attractions, and characters.

The reflective coating or character drawings are meant to reflect the heat of the Florida summer while vents in the top and bottom of each car will allow air to enter the car and keep it cool as it zooms along at 11MPH. 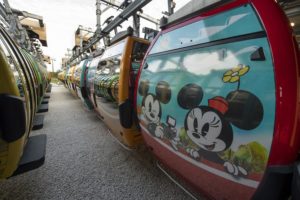 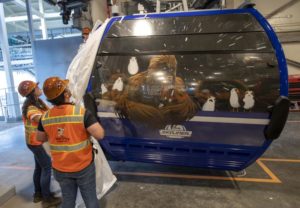 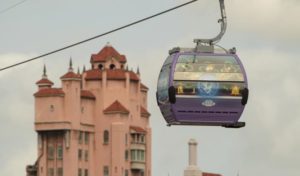 The opening of Disney Skyliner Gondola network to guests is getting a lot closer. It’s still officially set for Fall 2019, but with the covers off, the DHS to Caribbean Beach Line is looking really good.

Previously: More details on Disney Skyliner including first look inside the gondola