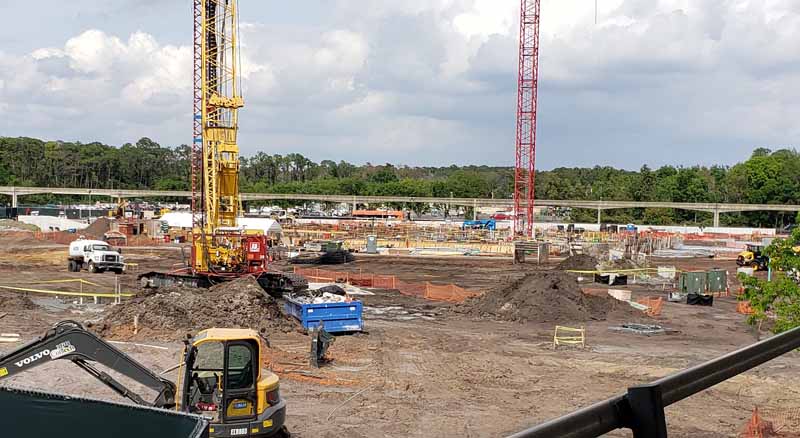 The foundations are all are laid, cranes are in place, and workers are ready to start going vertical on the much-anticipated TRON coaster coming to the Magic Kingdom in time for the 50th anniversary of Walt Disney World. We popped by the park for a ride on the Peoplemover, which offers a unique view of the ongoing work.

Recently, the Disney cast members were invited to come over to a backstage location and sign one of the giant steel pillars that will support part of the attraction. 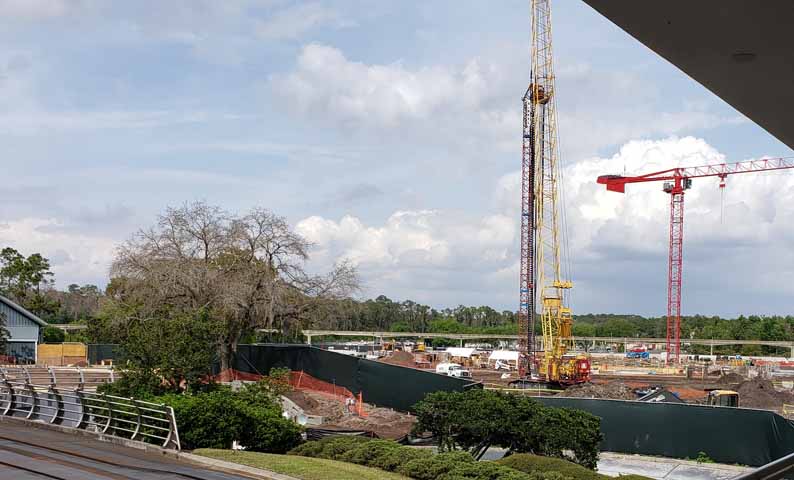 In the background you can see the monorail track that trains take to return to the barn behind the Magic Kingdom. Beyond that is the cast member parking lot called ‘Pluto’ and a boat dock for storage and repairs of boats and ferries not currently in use shuttling guests around. In the foreground is a yellow rig that’s drilling holes for supports that will elevate the TRON coaster queue over the Walt Disney World railroad tracks.

During this time the Walt Disney World Railroad is also down for construction. Not just to remove the track around the TRON Coaster construction, but also to work on expanding a retention pond on the otherside of Space Mountain. The story of Walt Disney World can be told by how water is moved around the property. Which is very important to prevent flooding during the heavy rain season in Central Florida and to manage bugs and other pests when its not. 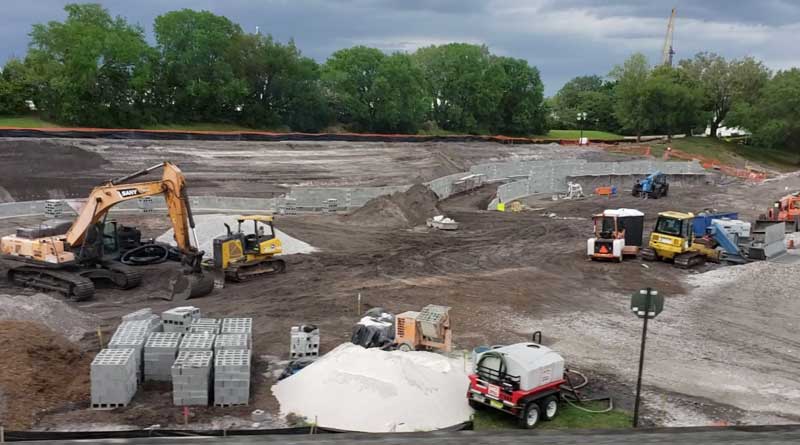 How excited are you to ride the TRON Coaster when it’s finished? What do you think they should name it? Keep the same name as in Shanghai Disney “TRON: Lightcycle Power Run” or something else?

2 thoughts on “TRON Coaster Construction Moving to Next Phase”