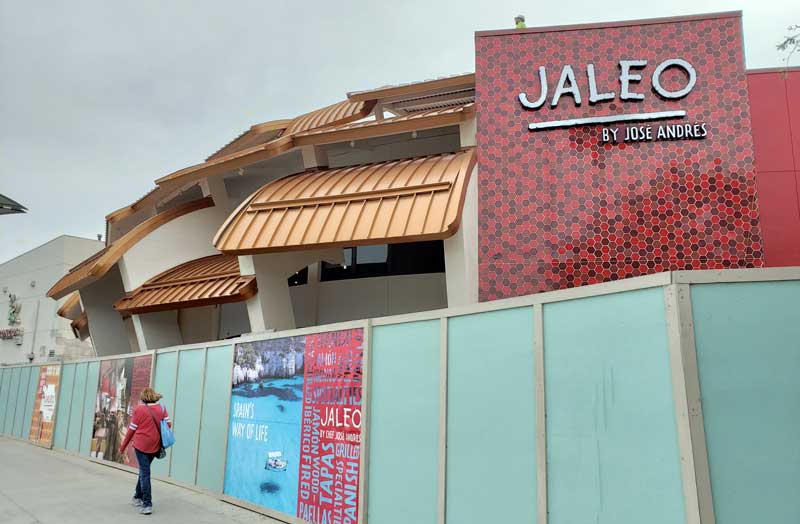 There are two big construction projects remaining as Disney Springs continues its makeover of the Westside of the shopping, entertainment, and dining district. The NBA Experience, which will also be home to the Cityworks Eatery & Pour House, and Jaleo are under construction practically across the street from each other.

In Jaleo, Chef José Andrés will bring the spirit and flavors of Spain to Disney Springs with his new Jaleo restaurant, opening this winter. The tapas experience will offer a lively setting befitting its name, which means “revelry.”

If you look close you can see giant letters J-A-L-E-O around the base of the new restaurant. My only question is why are they building an outdoor patio? Splitsville just spent a lot of money to enclose theirs because it wasn’t really seeing much use. 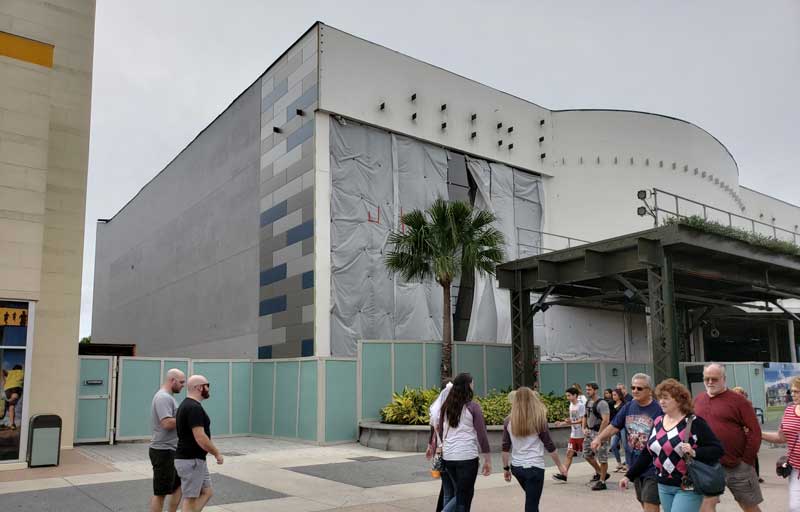 The NBA Experience recently listed 13 attractions that guests will will be able to experience when they visit the sports themed establishment. It’s scheduled to open later in 2019, when it should be a slam dunk addition.

In the above video we check in on the two big construction projects that will bring two new restaurants and a major new attraction to Disney Springs in 2019. Footage was shot on December 27, 2019.

We’re pretty happy with the way Disney Springs turned out. There’s obviously more tweaking that needs to be done on the Westside and Marketplace, but it’s so busy, Disney had to rush a third parking garage through construction.

I’d like to see Disney add a large theater capable of hosting traveling Broadway shows, or perhaps a permanent performance campus to workshop shows that might one day head to Broadway. I also think that Disney Springs could add a jazz club and/or a comedy club and not lose the family friendly atmosphere it currently exudes.

What would you like to see added to Disney Springs? More restaurants, more attractions, more shops, or something else?