What does Aladdin’s Adam Jacobs keep in his dressing room? 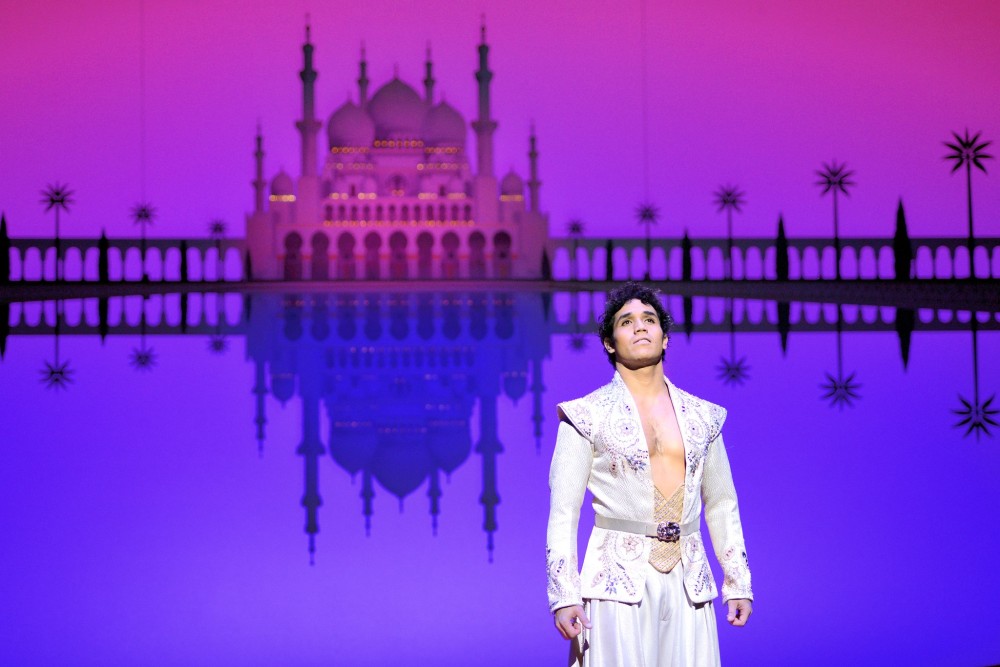 As part of Broadway.com’s tour of actor’s spaces on Broadway, we get a tour of Adam Jacobs’ dressing room. Jacobs, of course, plays the title role in Disney’s Aladdin. Aladdin is based on the 1992 Disney animated film of the same name and originally premiered in Seattle in 2011. Adam Jacobs is one of the original cast:

Pretty neat that Jacobs’ dressing room has a window, but maybe a bit disturbing that he hasn’t used that shower for the whole run.

Aladdin on Broadway recently changed the way they do their ticket lottery, which is your best chance to get an affordable last minute ticket if you’re in New York.

Jacobs has also played Simba in Disney’s Broadway production of The Lion King and Marius in a revival of Les Miserables.

I keep hoping that Disney will build a Broadway caliber theater at Walt Disney World so it can workshop / host some of its Disney Theatrical productions here. Do you think that would be a good idea?

Previously: Aladdin on Broadway opens in London soon and hits the road in the US in 2017

2 thoughts on “What does Aladdin’s Adam Jacobs keep in his dressing room?”