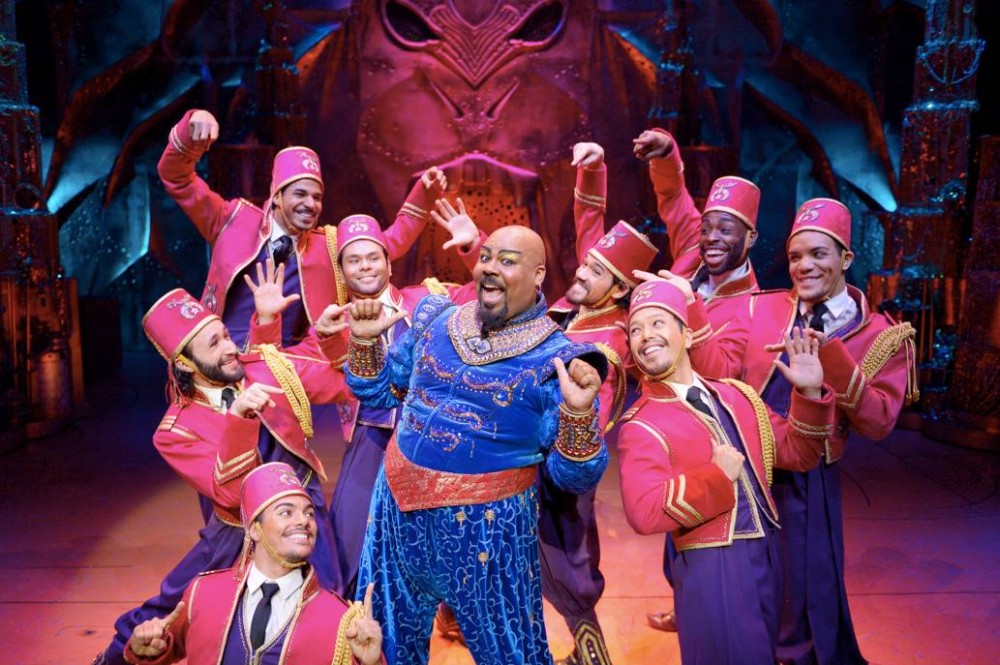 Aladdin the Musical has been a huge success since opening on Broadway in 2014. Beyond Broadway, productions are also running in Germany and Tokyo. Plus there have been productions planned for London and Australia.

Disney Theatrical just announced that the United States is getting a second production that will tour the country. The first stop is Chicago with a limited 12 week engagement from April 11- July 2, 2017. Additional cities are expected to be announced in the not too distant future. .

A musical version of Aladdin was considered risky because no one thought the original Robin Williams performance of “The Genie” could be topped, but James M. Iglehart, the original Broadway Genie, has made the role his own. Iglehart has won over audiences night after night with his high energy performances.

I’d like to get to NYC to see the original cast, but it’s nice that a tour is planned for the home continent as well. I’m sure tickets will be just as tough to get as they are in New York City.