Tomorrow is May 4th, internationally known as the “May the 4th Be With You” also known as Star Wars Day. Starting tomorrow at Disney Parks, you’ll be able to grant a little bit of the light side to a good cause buy purchasing a special “Rogue One: A Star Wars Story” t-shirts.

A quarter of the retail sale price of the t-shirts will be donated to the U.S. Fund for UNICEF in support of UNICEF Kid Power as part of the Star Wars Force for Change program. 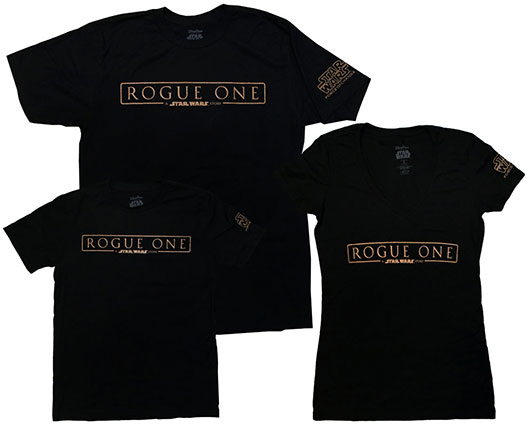 The t-shirts are offered in both adult and youth sizes and feature the logo for the upcoming film “Rogue One: A Star Wars Story.” This is the first time you can get anything for the new film inside any of Disney’s parks.

“Rogue One: A Star Wars Story” is the first movie from Disney / Lucasfilm outside the main Star Wars saga movies. It revisits a pivotal moment in the saga between episodes 3 and 4 and follows a rogue band of rebel fighters who unite for a daring mission to steal the Death Star plans and bring a chance for hope to the galaxy.

In case you missed it, here’s the “Rogue One” teaser trailer:

How will you be celebrating Star Wars Day?