A huge congratulations to the crew at Walt Disney Animation Studios. Their animated feature “Zootopia” has crossed the $800 million threshold at the global box office. That’s the second best WDAS original release behind “Frozen” and the third best all time animated Disney feature behind “Frozen” and “The Lion King.”

If you watched the “Imaginging Zootopia” documentary, then you know the passion and talent that went into making the great film. It still has a 98% fresh raging on Rotten Tomatoes and is generally acclaimed by Disney fans.

Oh yeah, so far “Zootopia” is the highest grossing film of 2016 currently ahead of “Deadpool” and “Batman v Superman.” Not too shabby.

“Zootopia” reportedly cost around $150 million to produce. Even if you double that for marketing costs, it’s clearly making a tidy profit for Disney. A lot of that was helped by the $222 million box office in China (apparently they love Flash the sloth at the DMV), part of an overall $523 million in international grosses. The movie still has yet to open everywhere with Japan perhaps the biggest wild card ahead.

As we posted yesterday, Nick Wilde and Judy Hopps are finally making appearances in the “Move it! Shake it!” street party at the Magic Kingdom. On the west coast, they have a meet and greet at Disney California Adventure.

Since the old animation building at Disney’s Hollywood Studios has been given over to Star Wars, you’ll find the “Zootopia” concept art over at Conservation Station in Disney’s Animal Kingdom. 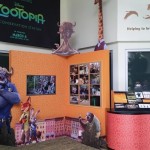 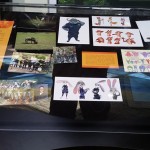 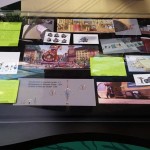 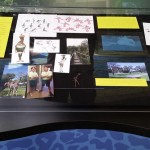 With all this success. Is is time to start thinking about that Zootopia attraction they’ll be adding to Walt Disney World. What park would you put it in?

3 thoughts on “Zootopia hustles to $800 million at box office”