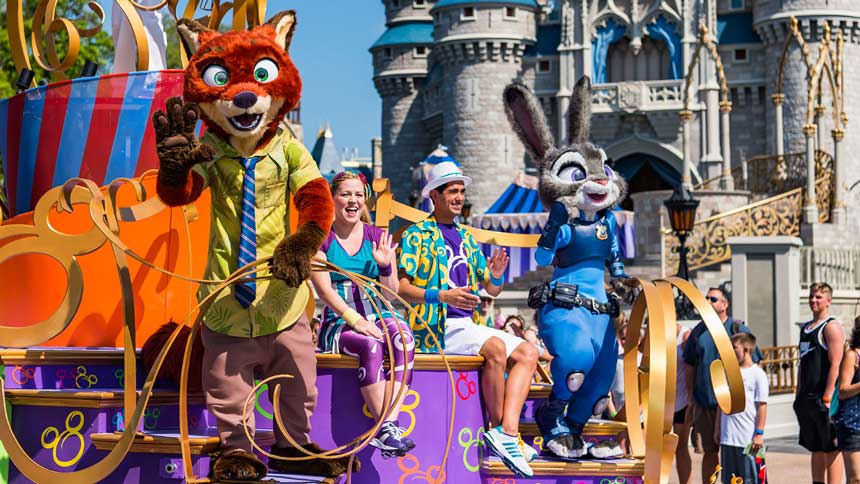 I”m a fan of the “Move It! Shake It! Dance & Play It!” street party. Multiple times a day it brings the Magic Kingdom hub to life with music and action. It also gives guests the rare chance to get out in the street and dance with some of Disney’s most popular characters. Nick Wilde and Judy Hopps from Disney’s animated hit “Zootopia” recently joined the list of characters you can dance with.

Right now, this is the only place to see Nick & Judy in the parks. The nature of the street party means you might be able to sneak in a photo of your kid (or yourself) dancing with a character, but they won’t be giving autographs or taking time to pose for a selfie.

There’s no word from Disney if Zootopia will get its own meet & greet location one day. It took the characters from Pixar’s “Inside Out” winning an Oscar before a meet and greet was announced at EPCOT. Based on Zootopia’s reviews, that means there’s hope.

If Zootopia’s Nick Wilde and Judy Hopps do get their own photo-op what park would you put it in?