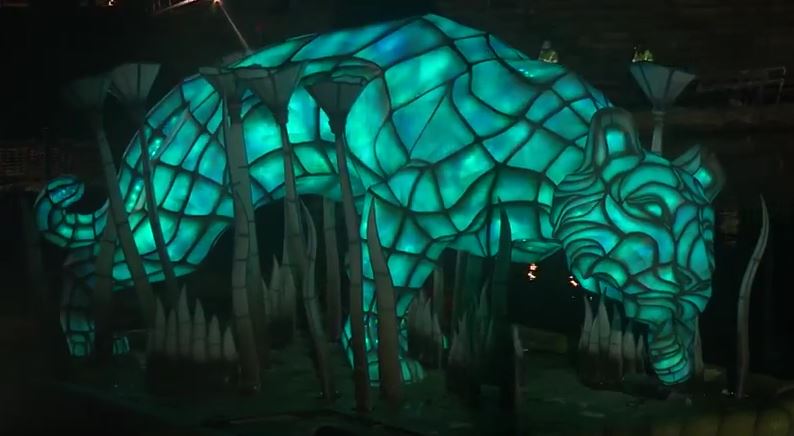 Yesterday, Disney held a live video question and answer chat today with the creative team behind Disney’s next big show – “Rivers of Light” at Disney’s Animal Kingdom. The panel featured Creative Director Michael Jung and Show Director Mark Renfrow, and the discussion ranged over a wide variety of topics over nearly 30 minutes. We’ve wrapped up some of the highlights and mixed in a little bit more of what we learned below.

“Rivers of Light” has been under development in one form or another for years (it was thought to be a new night parade back in 2011). Michael Jung joined the project a little over three years ago and is responsible for developing the creative team and collaborators who developed and produced the show. Mark Renfrow says his job is to hone and cultivate the creative, the human side, the technical side, everything that has to do with the show and bring it to the guests.

Jung started his work on the project by meeting with with Imagineer Joe Rohde, who has the creative vision for Disney’s Animal Kingdom. They wanted to create a show that really honored the beauty and the wild unpredictability of animals in the incredible environment that is the animal kingdom. But they also wanted to make sure that the show didn’t take away or distract from the beauty of the nature all around us.

“We are very thoughtful about how we created this show to embrace this gorgeous scenery,” said Jung. While creative a canvas that celebrated life and true adventure, he also wanted to “make sure we didn’t affect the animals.”

The creative team worked close with the animal care team to make sure there was no impact on the park’s animal residents. Part of the construction of the viewing amphitheater itself places many more speakers than usual in close proximity to guests, this will allow Disney to keep sound levels down and constrained to the area of the show. It also helps that the area they chose for the show isn’t all that close to any existing animal exhibits or backstage facilities for the. 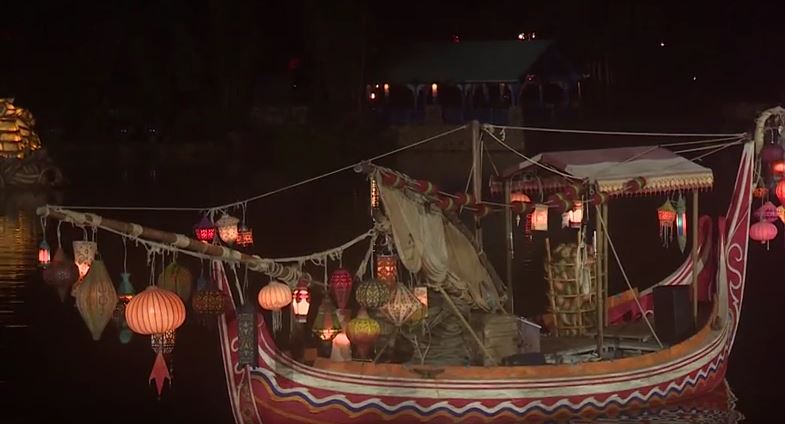 Each showing of Rivers of Light will play to 5,000 guests divided roughly equally among the two villages of seating. There are other vantage points, but they won’t immerse guests in the story like seating in the stadium will.

The central metaphor of the show is the reflection of water and light. Throughout the show, water and light will come together to paint seven different forms of the rivers of light, from simple forms of lanterns on the river, to magical lights in the sky. It will be incredibly unique. Renfrow promises a very moving experience.

“There is no greater magic, than the magic of nature,” says Renfrow. The show will be like curtain call for the day at the Animal Kingdom. “The Show in many ways has this holographic dream feel unlike anything Disney has ever done before.”

The Walt Disney Company has had a legacy of nature from the time of Walt Disney’s True Life Adventures. DisneyNature, the modern inheritors of Walt’s Legacy, has some of the best cinematographers in the world and the creative team behind “Rivers of Light” says they’re lucky to have access to not only the stock footage, but DisneyNature also went out and filmed new footage specifically for the show.

Four animal spirit guides are invited to appear in the lantern festival – an elephant, owl, tiger, and turtle on floats designed by puppet and stage design expert Michael Curry. Curry designed the very elaborate floats that will feature innovative LED technology to illuminate the floats from within. The animals will not only change color, but appear to movie as the show progresses.

I love how the lanterns move around the water and the floats look amazing. Michael Curry was the first collaborator Michael Jung reach out to when he found out he’d be leading the show’s development. A great choice with a long history creating beautiful things for Disney entertainment. I still love Curry’s first involvement with Disney entertainment which started with the original “The Lion King Celebration” parade at Disneyland.

One of the questions I’ve been asked is if there will be Disney characters in the show. We learned the answer is yes, but they won’t be the heart of the show. Instead it will focus on a pair of new characters, storytellers and shaman, who lead us into the show by kicking off the lantern ceremony.

Marc Mancina created a song for the show and Don L. Harper composed the score. It will have a distinct score similar to a movie, but will also have a world music feel.

Accessibility for guests is provided at multiple levels of the arena with ramps down to seating on both sides of Discovery River.

Once the show starts, Disney’s Animal Kingdom will be open later to accommodate the darker hours needed. Usually there will be three shows per night. Fastpass+ and dining packages will be available. Details on these options will be available soon. So plan ahead if you want to see the show.

As you can see, the pool of talent assembled by Disney to create Rivers of Light is impressive. I can’t wait to see what they’ve created when it debuts on April 22. How about you?