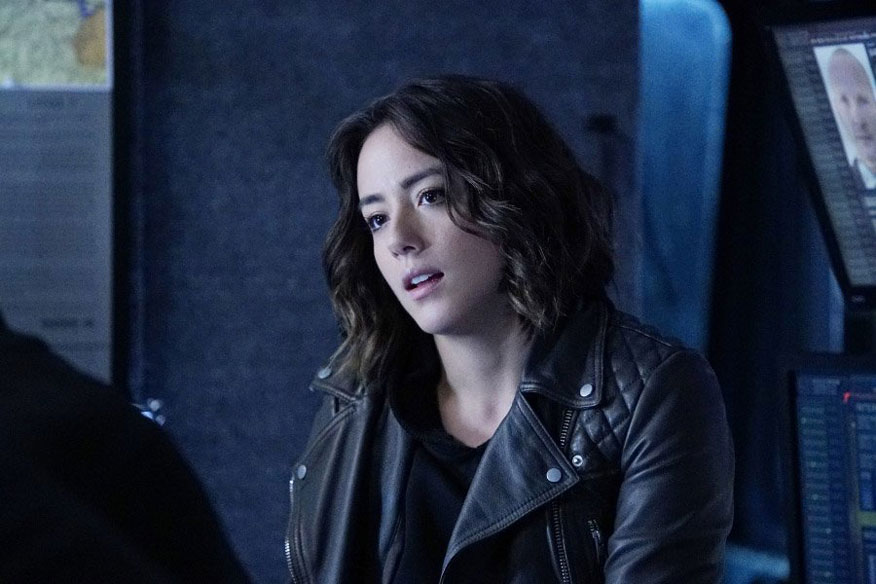 The episode starts three months in the future where we see a space craft with someone wearing a SHIELD uniform inside of it explode in space.

Back in the present, Daisy has lead a team to Bogota, Colombia to investigate a new Inhuman that has been stealing guns from the police while Coulson has a meeting with the President.

President Ellis wants SHIELD to continue their work with the Inhumans and continue doing it in secret. He will appoint a new head of the ATCU, which will be the public side of what they do, but that person will answer to Couslon. Coulson tries to get Ellis to give him some information on where to find Malick, but the President can’t help him.

In Colombia, Mack finds the Inhuman, a woman named Elena, who seems to have super speed. She quickly over powers and kidnaps Mack. He attempts an escape but is unsuccessful. He does find out, however, that her power isn’t simply super speed. She can move quickly for a certain amount of time (later she reveals that time to be between heartbeats) but then snaps back to where she started, like a yo-yo.

Back at SHIELD, Coulson decides to use the TAHITI machine on Werner Von Strucker, who is in a vegetable state, to try to locate Malick. Malick, meanwhile, is going to meet with the creature that has taken over Grant Ward’s body. Ward’s body is dead and the creature itself was dying so he spends most of the episode regaining his strength.

Daisy, Hunter and Bobbi are able to rescue Mack and bring Elena back to SHIELD where she reveals that she has no desire to use or sell the guns she stole. She simply wants to take them out of the hands of the corrupt government. Hunter and Bobbi confirm her story when they find her partner throwing the guns into the river. As they are about to take him in, the local police show up, one of whom is an Inhuman with the ability to temporarily paralyze people with his eyes, which he does to the agents.

Coulson has gotten the information that he needs from Werner and gives Malick a call, tracing it while also letting Malick know that Coulson will be going after him.

Now it is Mack’s turn to save the day, along with Daisy, Joey and Elena. They break into the police station and a fight ensues. Daisy and Elena are able to take down the Inhuman with the Medusa eyes, but not before Elena gets caught in his eyesight. The team now has the Inhuman in custody and are heading back to the plane when Hydra shows up, grabs Medusa eyes, and leaves. 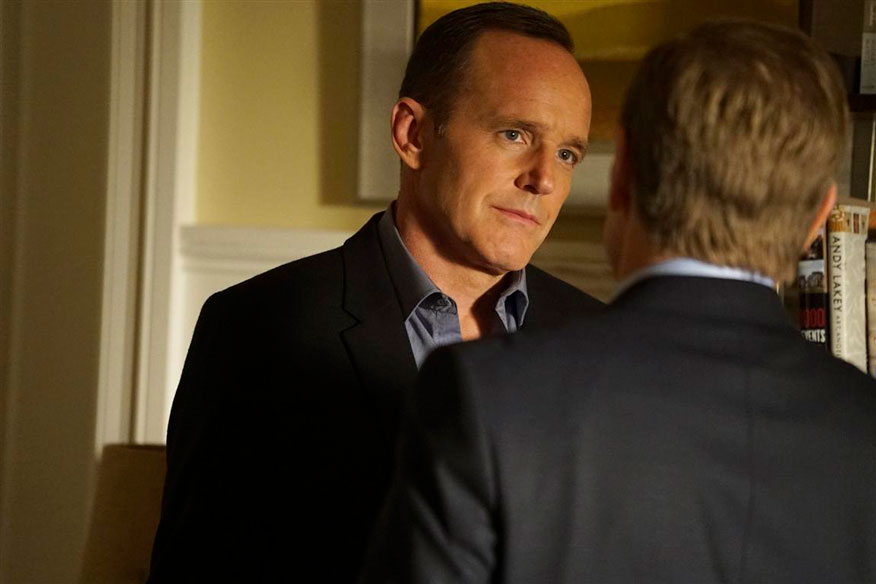 Back at SHIELD, Fitz and Simmons have been avoiding each other the entire episode until Simmons suggests that they put everything that they’ve gone through recently behind them and start their relationship anew. Daisy decides to let Elena stay in Colombia to continue doing good there and even lets Joey get back to his old life as well.

The pre-credits tag reveals that the president has appointed Glen Talbot as the new head of the ATCU, much to the chagrin of Coulson.

The interesting discovery this week is that the Inhumans don’t get their powers at random. There seems to be a sense of balance to it, a planned yin and yang sort of thing, Simmons even calls it “intelligent design.” I’ll be interested to see how this plays out over the next few months.