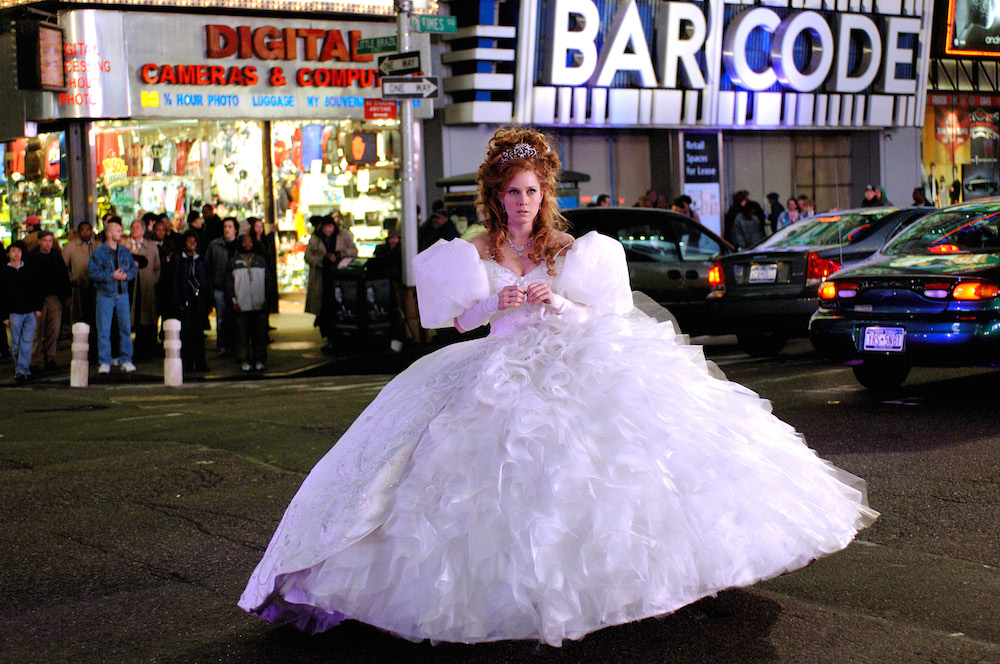 Disney had a breakout hit with “Enchanted” in 2007. The sweet, but smart, film skewered Disney princess films at the same time it honored them. We reported in July of 2014, that a sequel had been approved by Disney Studios and we now have a name to go with the production.

According to Collider.com, “Disenchanted” will be directed by Anne Fletcher and produced again by Barry Josephson and Barry Sonnenfeld. The screen writers include J. David Stem and David N. Weiss. An earlier draft of the sequel was written by Jessie Nelson.

The big question is who from the original cast will return. So far no asting has been announced, but it’s been reported that Amy Adams wants to return. The original movie featured Idina Menzel (Frozen), James Marsden, Timothy Spall, Rachey Covey, Susan Sarandon, and Julie Andrews ( as the narrator).

It’s important to note that the movie “Disenchanted” is not related to the Off-Broadway musical of the same name that we’ve covered here on the blog.