As one of several merchandise partners chosen to help promote “Star Wars: The Force Awakens” at retail, LucasFilm has partnered with CoverGirl for a line of make-up inspired by the film.

Skewed towards choosing the Light and Dark sides of The Force, the make-up line includes lipstick, mascara, and nail polish, in some creative colors.

There are only three nail polishes in the collection – Light, Nemesis, and Red Revenge – to coordinate with the lipstick.

But it’s the mascara that will prove to be most dangerous to your wallet. There are 10, count ‘em 10 different tubes, all embossed with different quotes from not only the new film, but the previous six Star Wars movies. There are five light-side mascaras, and those are water-proof, along with five dark-side, which are not waterproof. I’m not sure if there are different colors. The only one I’ve been able to find is Very Black. Both sides are part of CoverGirl’s “super sizer” line, with their “Lash Styler” feature. 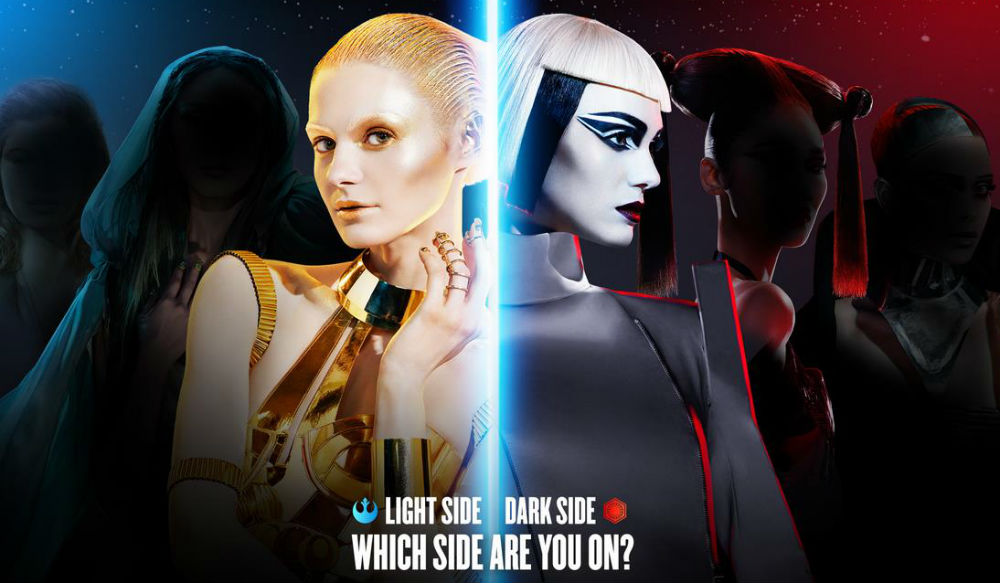 CoverGirl has also been unveiling Star Wars looks using the new line, and so far has revealed their Stormtrooper and Droid looks. I’m not sure I’d actually do these extreme looks myself, but I could see a few of these products making their way home with me to spice up my normal color palate.

Select items from the Star Wars make-up are available online now. The entire line should be in stores by the end of September. If you don’t see it, ask for it. For more information on “Star Wars: The Force Awakens” make-up by CoverGirl, visit covergirl.com/starwars. http://covergirl.com/starwars