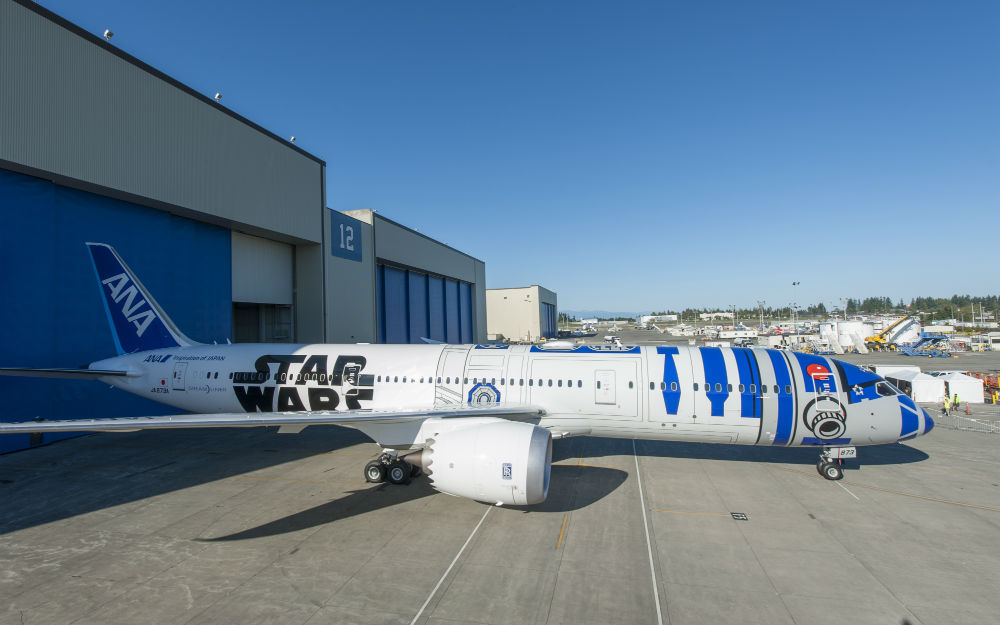 All Nippon Airlines (ANA), Japan’s largest airline, unveiled the first of its three Star Wars-themed planes this month as part of its new partnership with LucasFilm, owned by Disney.

But did you ever wonder what it takes to transform a large Boeing Dreamliner 787-9 into Star Wars droid R2-D2? Thanks to a video supplied by Boeing to GeekWire, you can watch the external transformation take place:

Watching the video, I was amazed at the attention to detail on such a large-scale paint job. There were a lot of hand finished elements that came into play to make the finish product.

As for the inside, Boeing has outfitted each of the seat headrests with fabric that resembles R2-D2, carrying the design throughout the plane. ANA also plans to use cups decorated with the famous droid to serve its beverages

With the over three decades strong fan base, and the upcoming release of “Star Wars: The Force Awakens,” this plane – and the two others in production – will be the ultimate way for Star Wars fans to travel in style.

For more information on the planes and flights, visit ana-sw.com.