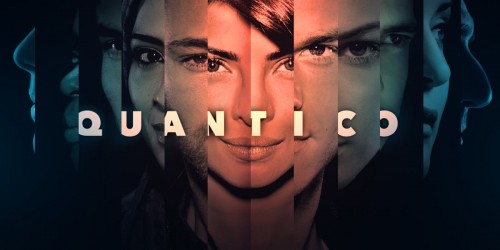 Set-Up: A new crew of FBI recruits head to Quantico, one of the most difficult FBI training academies in America. The new gang have to deal with the pressures of being the best they can be and outshining the others, all without going nuts. Fast forwarding a bit, we find out the biggest terrorist attack since 9/11 has happened in New York City. The culprit? One of the recruits. While it’s framed on Alex (played by the Bollywood-Goes-Hollywood-And-Slays-The-Game Priyanka Chopra), she has to figure who among her fellow pupils and friends just committed treason.

Thoughts: I love me some #TGIT, as that has clearly and frequently been announced throughout the past year. This is just a #TGIT-worthy show, without the Shonda Rhimes name attached. Juicy, sexy, gritty, thrilling…pretty much every good adjective you can think of for a show, this is. When I watched the pilot, I was hooked from the moment it started, however, something happens near the end that you COMPLETELY don’t expect, but makes you never want to miss an episode. Priyanka is going to take over the world, because she shines in this pilot. Another woman to add to ABC’s illustrious list of kick butt females who show a great field of diversity. The group of recruits will intrigue you, but the “higher-ups” at the academy also seem to have their own stories and secrets that will spill out as the show progresses (especially once you see the finale van ride). I am ready to see more of this winner.

Time Slot: Sundays at 10pm EST is not a good place for ABC in recent memory. Remember 666 Park Avenue? Exactly. Revenge recently went there to die, because of its lackluster ratings. The show has an iffy lead-in (Blood & Oil should really switch places with Quantico, and I wouldn’t be surprised to see it happen that way later down the line), so that could also hurt it. Add in the factor that it will be going up against Sunday Night Football, and you have a recipe for disaster. All that being said, this show is tracking extremely well. Priyanka has over 11 million twitter followers, that add to her A-List status in India, so I can see a lot of her fans of her films moving over to watch this show. DVR playback will be huge for this show too, I imagine. Quantico, I believe, can single-handedly relieve some of ABC’s Sunday problems.

Overall Rating: If only treason was always this fun. 5 out of 5 interrogation questions.