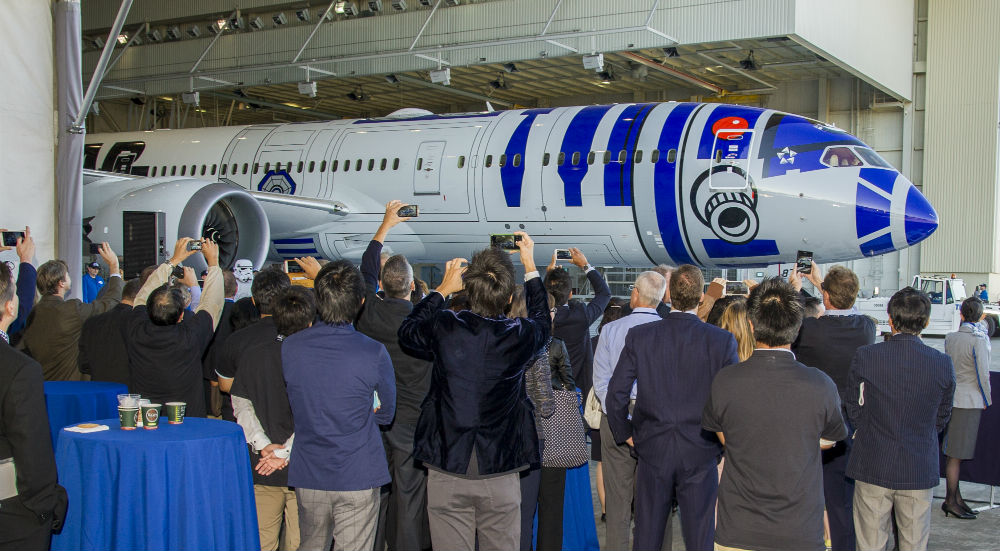 Earlier this month, we announced that All Nippon Airways (also known as ANA) was partnering with LucasFilm on a trio of Star Wars-themed airplanes.

On September 12, the first of the three, an R2-D2 embellished Dreamliner plane was officially rolled off the Boeing factory line, ready to fly the skies for ANA.

The company did stream the event online, but if you didn’t get a chance to see it, we have some of the video from the event, courtesy of ANA’s YouTube channel and a journalist in attendance. 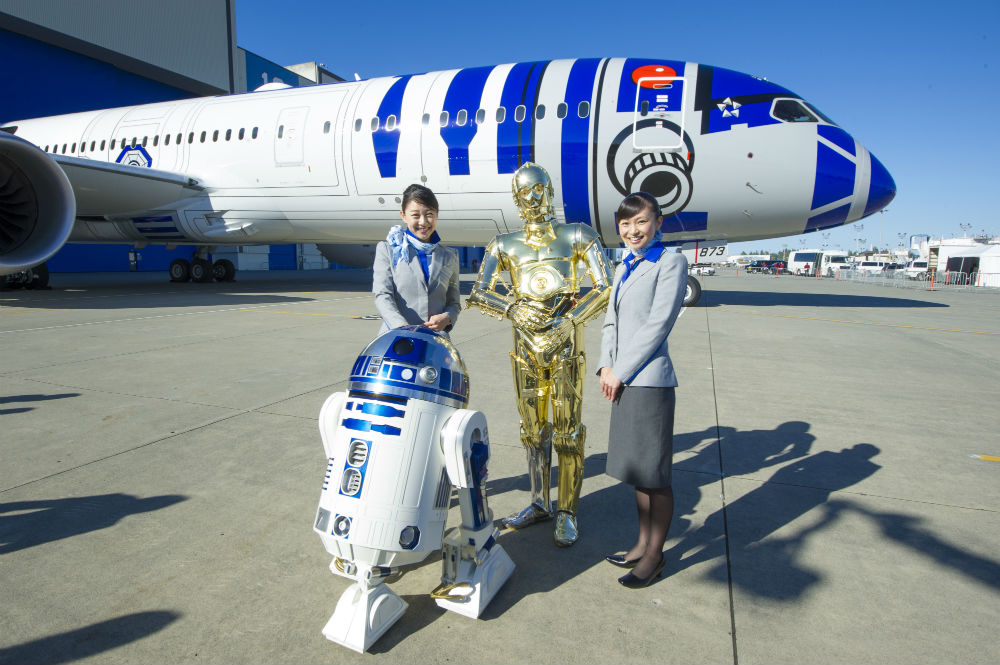 The plane emerged from the Seattle hangar guarded by Stormtroopers to the Star Wars theme song, as an excited R2-D2 beeped his approval to his companion C-3PO.

October 17 will be the Dreamliner’s inaugural flight, from Vancouver, British Columbia, Canada, to Haneda, Japan. After that, it will fly several Japan to U.S. routes through December, before flying worldwide in 2016.

A Dreamliner featuring a BB-8 and R2-D2 combination design is set for a winter 2015 debut, to be followed by a solo BB-8 Dreamliner design by Spring 2016. Who wants to fly to Japan now?