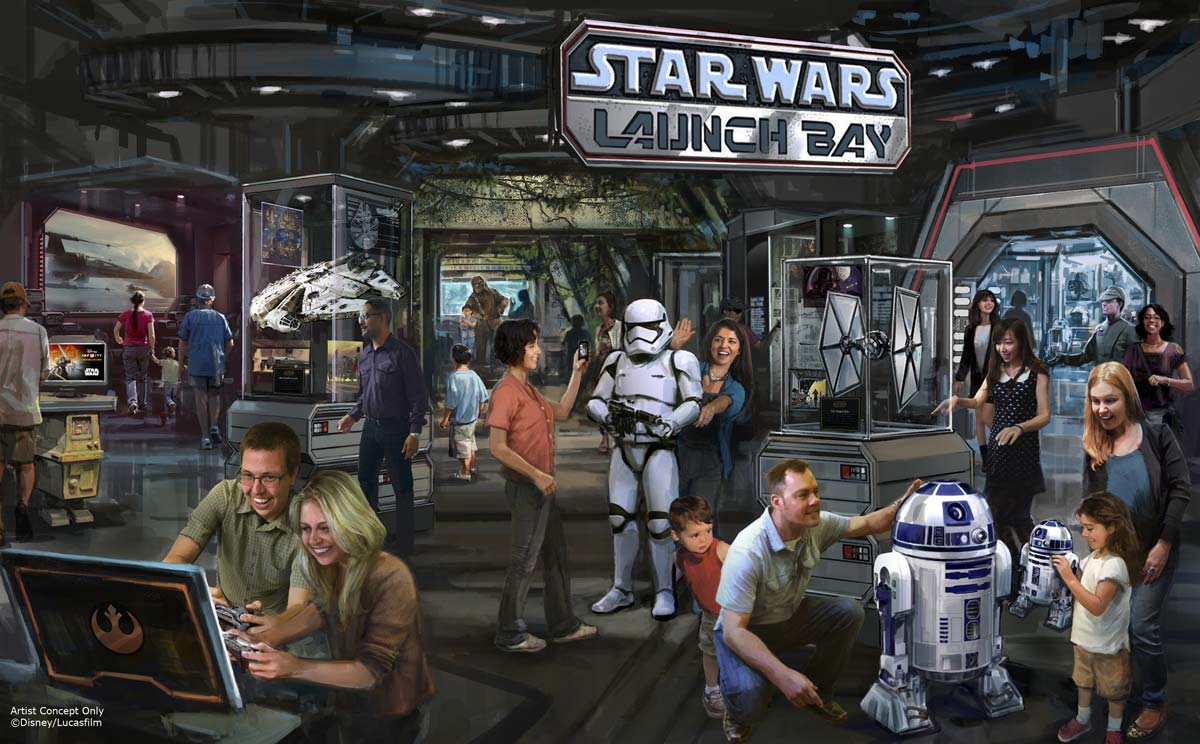 Thing announcing a whole new Star Wars themed-land to be built at both Disneyland and Disney’s Hollywood Studios was enough for D23 Expo? Well, guess what? There’s more Star Wars theme park related news… and this stuff will be appearing in the parks much sooner than the new lands.

As we predicted in our post looking at the future of Disney’s Hollywood Studios, a Star Wars experience focused on the new movie is coming to the former Art of Disney Animation attraction. A version of it will also open at Disneyland in California. Star Wars Launch Bay will open later this year and will preview the upcoming film “Star Wars: The Force Awakens,” as well as the first six films in the Star Wars saga. The preview center will have movie props, character meet and greets, and some demonstrations from Disney Interactive.

Season of the Force is a new seasonal event, beginning early 2016 that will be available on both coasts. In Tomorrowland at Disneyland park, guests will explore the Star Wars galaxy with special entertainment, themed food locations and Hyperspace Mountain – a reimagining of the classic Space Mountain attraction in which guests will join an X-wing Starfighter battle. Disney’s Hollywood Studios will feature a new fireworks spectacular set to the iconic score of the Star Wars movies on weekend nights.

Although it wasn’t announced at D23 Expo, a map that previewed attractions that will be a part of Season of the Force included a movie preview at the old Sounds Dangerous theater (currently hosting the Frozen Fever short) in DHS.

It’s great they’re finally adding a new destination to Star Tours and Season of the Force sounds intriguing. Hopefully we’ll learn more about it soon. Disney will hopefully be doing a lot more with Star Wars Weekends too.

Are you ready for this vast expansion of the Force at Disneyland and Disney’s Hollywood Studios?