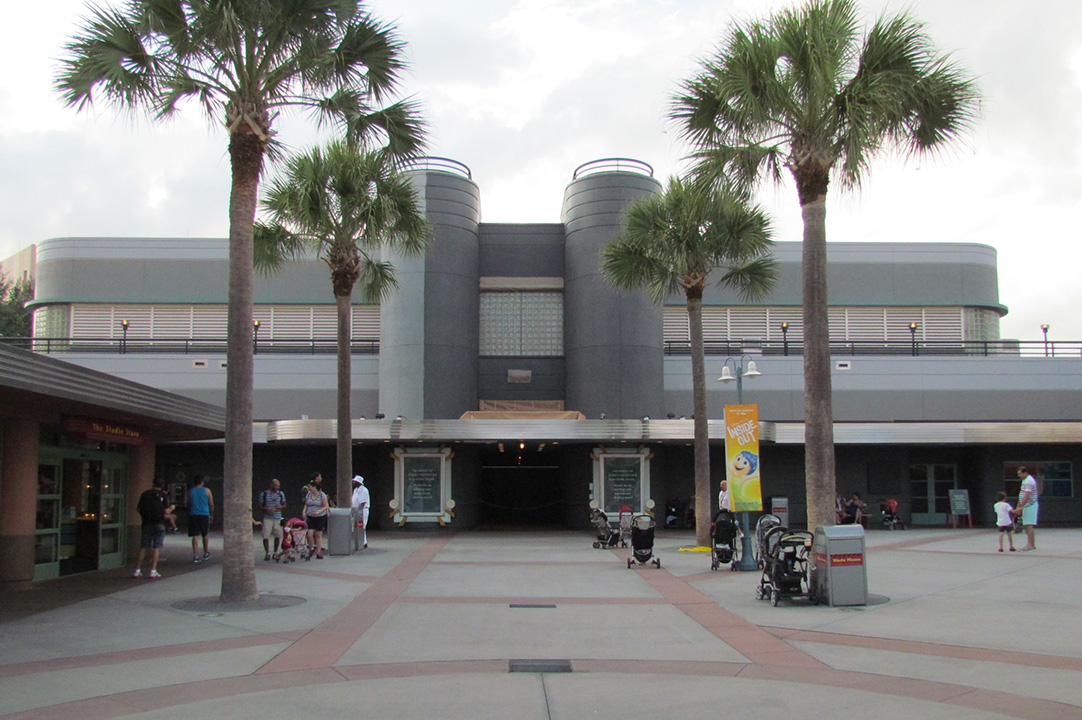 The conversion of the former Magic of Disney Animation building into Star Wars Launch Bay involves a lot of grey paint. It definitely is a contrast to the happy colors that dominate the rest of the animation courtyard.

Star Wars Launch Bay will house a preview center for Disney’s upcoming Star Wars films and a look forward at what’s coming to the Disney theme parks. There will also be meet and greet opportunities and special exhibits.

Disney has also been auditioning for performers around the states. While they don’t specifiy the specific role that will be played inside Star Wars Launch Bay, they want people who are between 6’0″ and 6’3″.

Although no official opening date has been announced, it was said at D23 Expo that it will be open sooner rather than later, definitely before the launch of Star Wars: The Force Awakens.