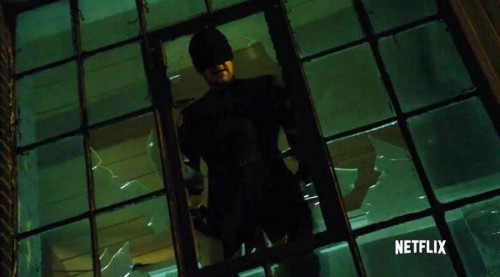 When Disney announced a partnership with Netflix to develop original shows set in the Marvel universe, more than a few eyebrows were raised. But Daredevil, the first series to come from that partnership has shown the concern to be unfounded.

Released just 12 days ago, Daredevil has been a critical success and popular with subscribers. And now, the show has already been renewed for a second season. Charlie Cox is expected to return as Daredevil, but the show will pick up some new showrunners. Doug Petrie and Marco Ramirez will step in for Steven DeKnight.

Netflix and Marvel released all episodes of Daredevil on the same date leading many fans, including our own Peter Orrestad, to binge-watch the series. Now, the know they have more of the show to look forward to.

Other Marvel series coming from Netflix include Jessica Jones, Iron Fist, and Luke Cage. Eventually the casts of the four series will team up in a special mini-series The Defenders.

If you’re not a Netflix subscriber, has Marvel’s Daredevil made you consider joining up?