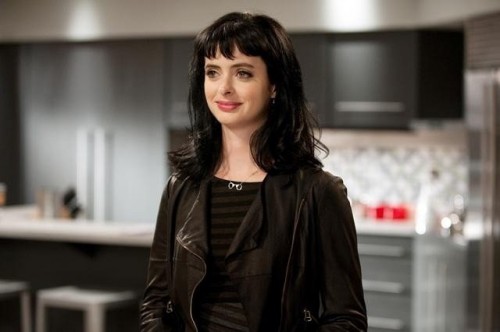 While Agents of S.H.I.E.L.D. has been having a great season, it is soon not going to be the only Marvel show. No, I’m not talking about Agent Carter, telling the tales of Peggy Carter and the founding of S.H.I.E.L.D. coming next month. I’m talking about the 5 Netflix shows coming to all True Believers.

Telling the tales of the street level Marvel heroes, we are going to get 4 shows about individual heroes who will join forces into one show.

We will first get Daredevil, starring Charlie Cox as the man without fear. He will be going toe to toe with Vincent D’Onofrio as Kingpin. From the teaser footage that Marvel showed at last year’s comic-con, these Netflix shows are shaping up to be darker than their big screen counterparts.

The big news of the day though is about the second Netflix series Jessica Jones. The title character is rumored to be played by none other than Kristen Ritter. Marvel has yet to make the announcement but Deadline broke the news. After being exposed to chemicals and spending some time in a coma, Jessica awakens to find she posses superhuman strength. Assuming the name as Jewel and then Knightress, she fought crime before hanging up the cape to be a private detective.

Just to clarify, this has not been officially confirmed by Marvel, Deadline is confident that this is true though. They are also stating that Mike Colter is also either at the top of the list or already cast as Luke Cage.

Daredevil will be released May 2015. Jessica Jones release date unknown.