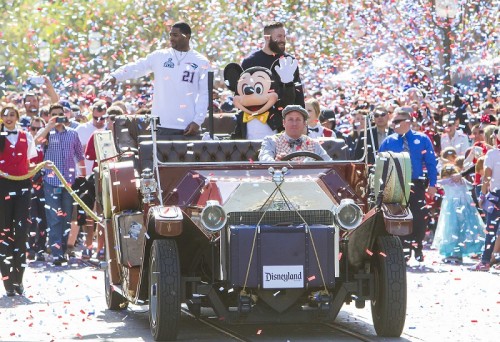 It’s the words every football player wants to hear, “You’ve just won the Super Bowl, what are you going to do next?” The answer, of course, “I’m going to Disneyland.” As we covered last night, two of New England Patriots championship team were selected for the honor this year. 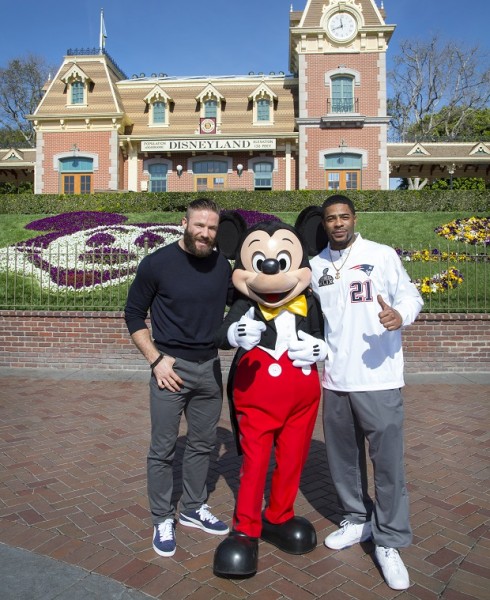 Just hours after their title victory against the Seattle Seahawks, Edelman and Butler each were showing their Disney Side, riding in an open-air jalopy, smiling and waving to guests at the Happiest Place on Earth.

The pair also stopped for a few brief remarks while in the park. Here are highlights from the parade and interview: