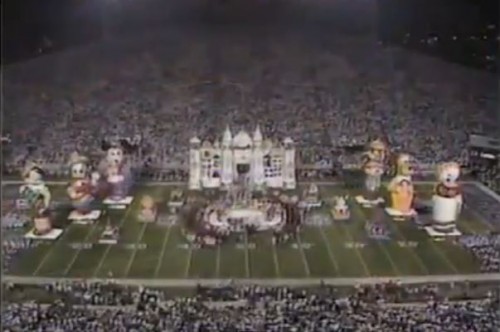 Imagine if they’d trotted out that show last night instead of Katy Perry? What do you think the world would make of that?

1991 was also the year that Whitney Houston sang that amazing National Anthem rendition. For months afterwards you couldn’t turn on the radio without hearing it. Last night Idina Menzel, from Disney’s Frozen and on Broadway (RENT, Wicked, If/Then), had a pretty good rendition too, don’t you think?

Would you like to see Disney return to producing halftime show at the Superbowl and in college bowls?