‘Chimpanzee’: Resist the Urge to Hug the Screen 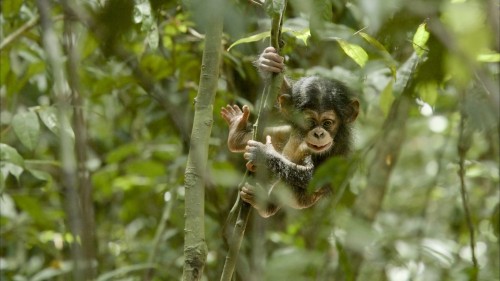 Over the past few years, the Toronto International Film Festival, which now hosts programming year-round, has been host to some memorable Disney film experiences; i.e. the world premieres of Waking Sleeping Beauty and Pixar’s Hawaiian Vacation.

The trend continued this past Friday as a sold out house enjoyed the Canadian premiere of Disneynature’s Chimpanzee at the TIFF Bell Lightbox. (The world premiere took place earlier in the day at AMC Downtown Disney.)

Selected as the Opening Night Film of the newly renamed TIFF Kids International Film Festival, Chimpanzee is honestly one of the most captivating nature documentaries I’ve ever seen, on the big screen or off. 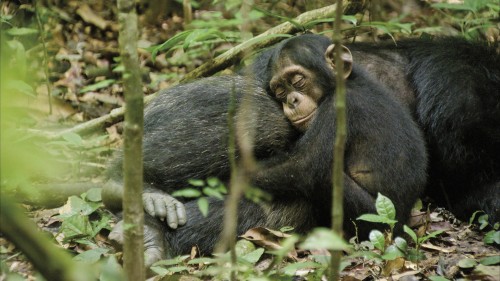 Maybe it’s because the monkeys—pardon me—chimps are so loveable (and interesting as a species), but every moment of this film is a joy to behold, emotionally and visually.

Chimpanzee‘s appeal, though, comes not only from its stars, but also from its modern form. The macro time-lapse images of jungle life (including some jaw-dropping bioluminescent mushrooms) gave me goosebumps. Also, Tim Allen should narrate every nature doc ever.

Following the film, principal photographer Bill Wallauer bounded on stage to answer some questions from the audience.

Asked whether Freddy, the alpha male who adopts little Oscar in the film, could actually be his biological dad, Wallauer joked, “This isn’t very Disney, but chimps are very promiscuous.”

Off-camera chimp behaviour may not be “very Disney”, but this movie definitely is. It fulfils the promise of Disneynature and the True-Life Adventure concept Walt did so much to popularize.