The Masai Giraffe recently born on the savanana of Disney’s Animal Kingdom big Kilimanjaro Safari attraction is now backstage with his mom and Disney’s animal care team have identified its gender. It’s a boy! We love the new photo of the calf below. Look close… Read More »Update on health and gender of baby Giraffe at Disney’s Animal Kingdom 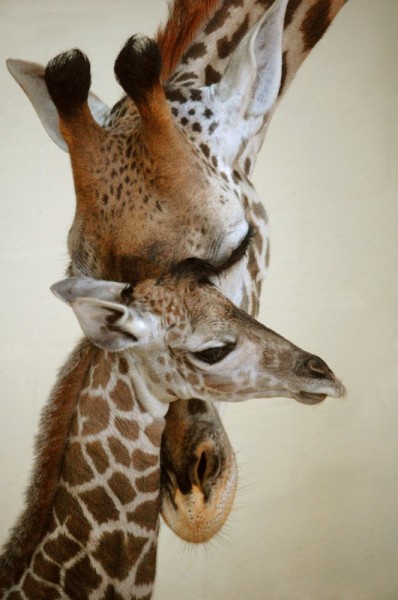 To my eye the Okapi looks like a composite of a giraffe, horse, and zebra. Sort of a living mythological creature. But no matter what you call it, a baby animal is almost always cute. The latest baby to hit the trails at Walt Disney… Read More »Okapi Calf Hits the Savannah at Kidani Village Everybody’s wondering what is in the giraffe’s drinking water at Disney’s Animal Kingdom? Walt Disney World Resort is having a bit of a baby boom this year with the birth of a fourth baby giraffe. Entering the world at 6-feet tall and 155 pounds, Bonsu… Read More »Welcome Bonsu! Disney’s Animal Kingdom Fourth Baby Giraffe This Year