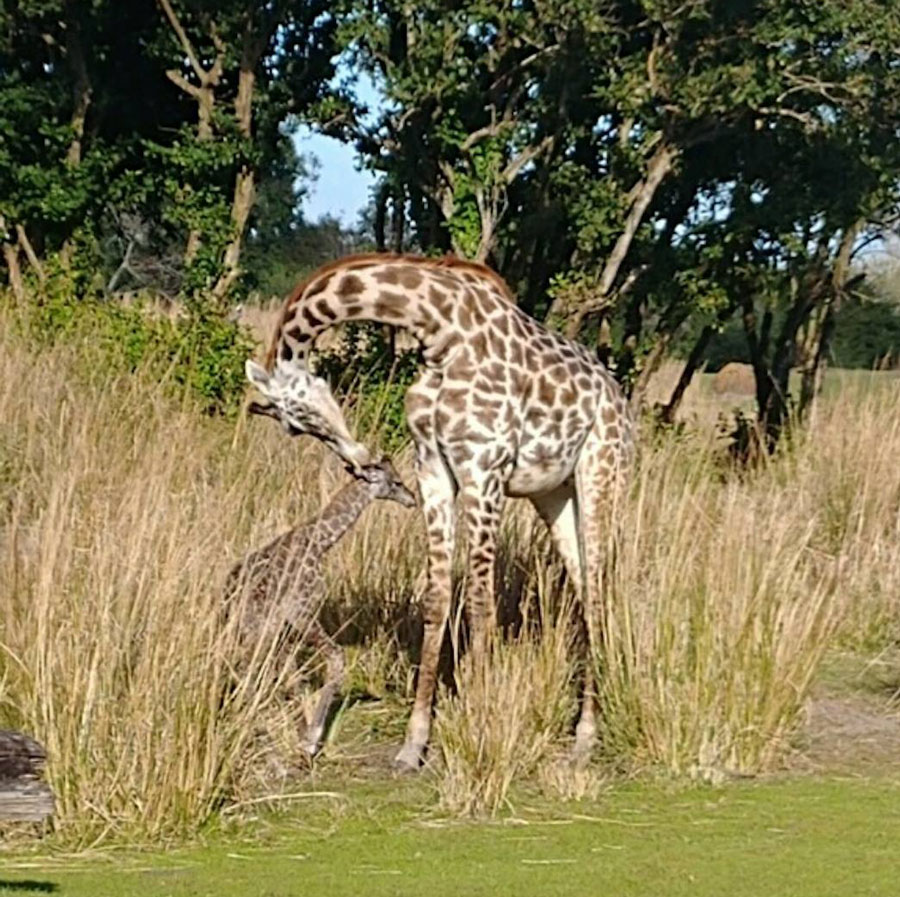 The Masai Giraffe recently born on the savanana of Disney’s Animal Kingdom big Kilimanjaro Safari attraction is now backstage with his mom and Disney’s animal care team have identified its gender. It’s a boy!

We love the new photo of the calf below. Look close at the neck and you’ll see he has a special heart-shaped mark on his neck. 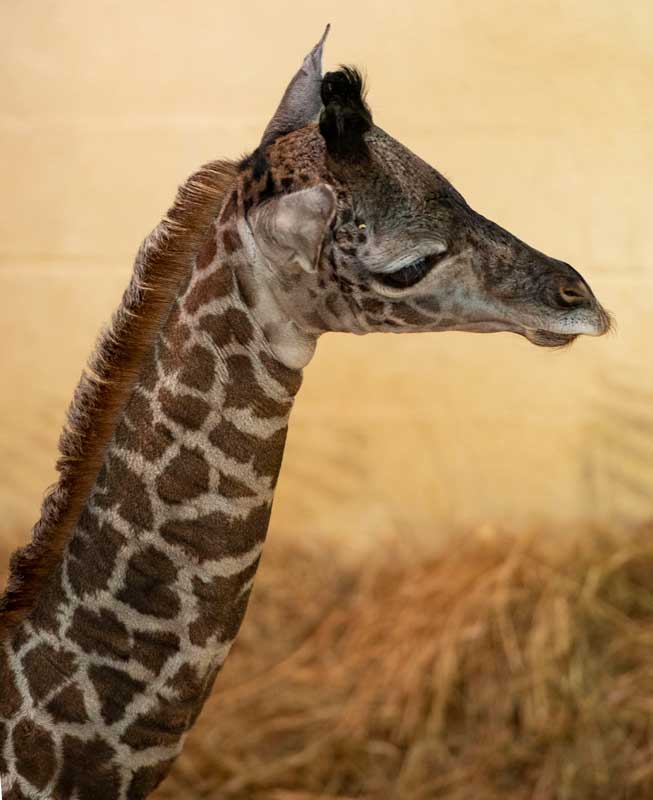 Both Mom, Mara, and the as yet unnamed son will spend a month or two in backstage areas as the two bond and get various health checks.