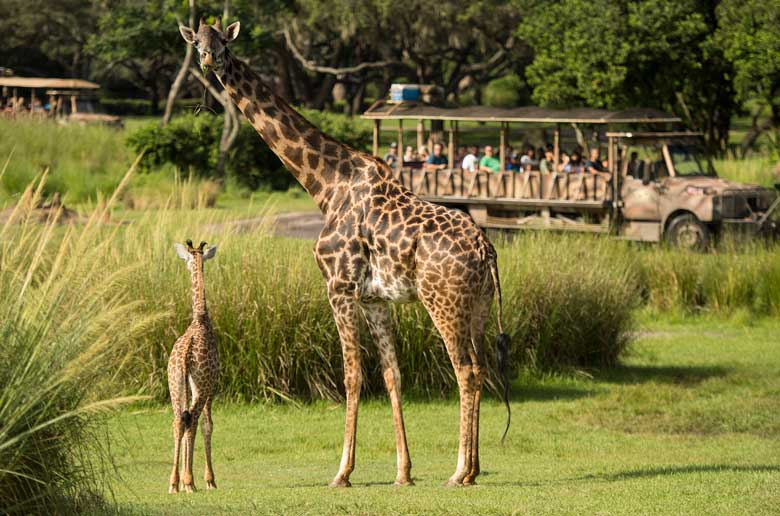 The Masai Giraffe, also known as the Kilimanjaro Giraffe, is one of two species that roam the Savannah on Walt Disney World’s largest attraction by far – Kilimanjaro Safaris. A two month old calf – Aella – just joined the herd on the savannah. Born on June 29, Aella has been spending time backstage bonding with her mom Lily.

Masai are the largest subspecies of Giraffe and are found in Kenya and Tanzania. Identifiable by a pattern that resembles oak leaves, they can grow up to 19ft tall for males and 16 ft tall for females. Aella was already five-feet-tall when she was born.

The name Aella is inspired by an Amazon warrior and she’s already living up to her name with a personality that is brave and bold, and a sense of curiosity and desire to be independent. She’s already begun exploring on her own just a bit, but Mom’s never too far away.

If you ride Kilimanjaro Safaris, look for the smallest giraffe and that is most likely Aella.

Her birth was the first for mom Lily and dad George. As with other animal care programs at Disney’s Animal Kingdom, the birth was part of a species survival plan as outlined by the Association of Zoos and Aquariums. This helps assure responsible breeding of threatened and endangered species working to ensure their long term survival.

There are believed to be roughly 32,000 Masai giraffe existing in the wild. Alas, their population is in decline as poaching and habitat loss take their toll. Giraffe live between 10 and 15 years in the wild, but can survive up to 27 years old under human care. 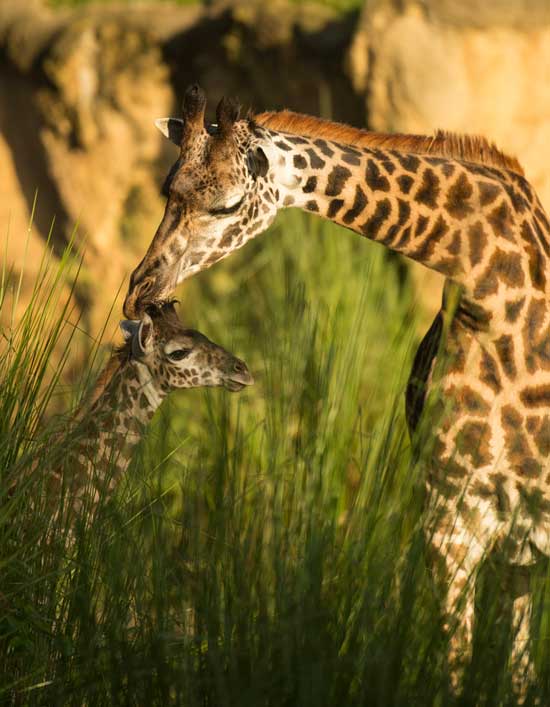 Giraffes tend to eat most of the day grazing on the tasty high leaves on trees that other savannah animals can’t reach. They also sleep less than 1-hour total a day, choosing to take frequent, but short naps throughout the day.

Will a new Giraffe calf on the savannah of Kilimanjaro Safari inspire you to take a safari ride on your next visit to Disney’s Animal Kingdom?