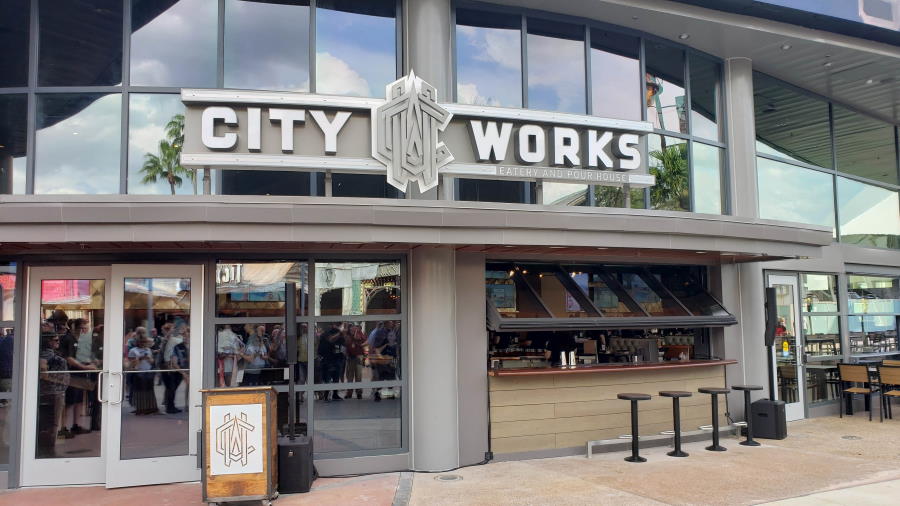 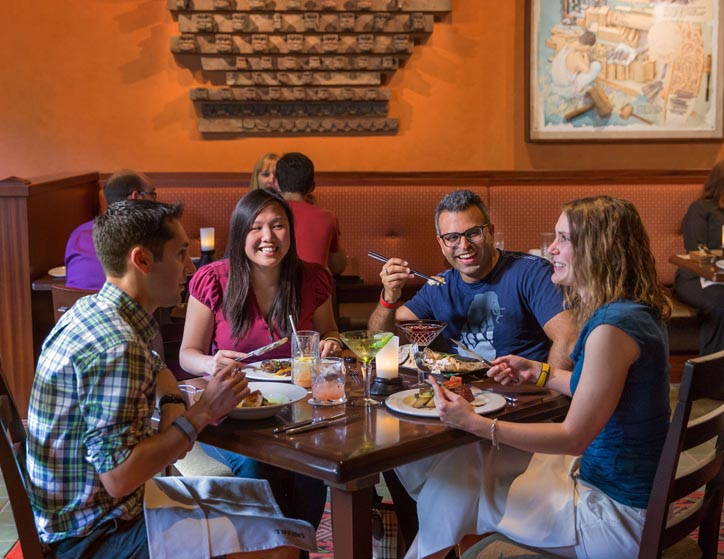 If you’re looking for some new culinary adventures at Walt Disney World, food-focused website Eater.com has sent its video series ‘Consumed’ to find the best of what’s new at the resort. Host Carlye Wisel takes a food lovers perspective on her travels and brings that… Read More »Two great new Disney restaurants profiled on Eater 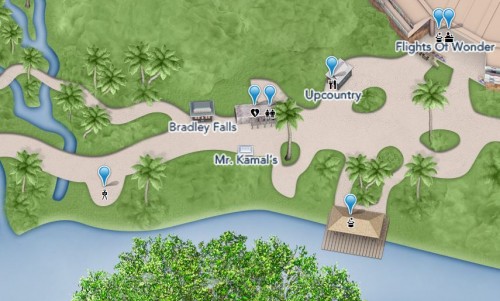 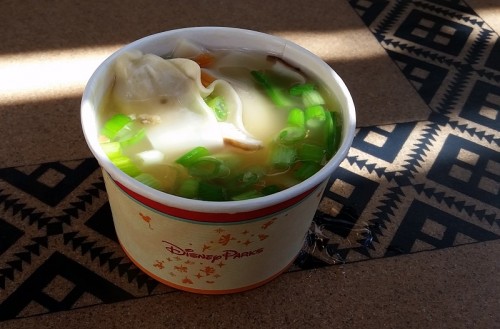 My only complaint was how it was served. The soup was heated in a microwave prior to serving to the point of scalding. Since it was served in a small paper bowl with no tray, there was no way to avoid the heat and when I spilled a small portion on my hand, it left it red and tender to the touch. This could have been fixed by serving in a small paper tray, which I suggested later at guest relations. I wanted to see if they’d resolved the problem on this visit but instead, when I returned over this weekend, the soup was off the menu and a new sandwich added.
Read More »Thai Pork Sandwich – Disney’s Animal Kingdom Food Review

Food Verdict: Love it or Hate it – Chicken Waffle Sandwich at Sleepy Hollow 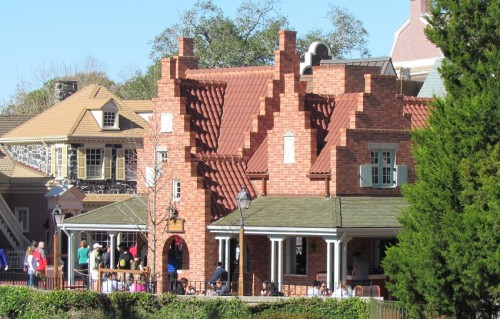 Waffle Sandwiches snuck their onto the menu at Magic Kingdom Sleepy Hollow Refreshments last year and have been one of the park’s best lunch values ever since. I’ve tried the Nutella and Fresh Fruit and the Ham, Prosciutto, and Swiss waffles, but I hadn’t made the acquaintance of the Sweet and Spicy Chicken waffle until recently.

First, let’s talk about the location. For the view, you really can’t beat Sleepy Hollow. I mean, even with a giant crane behind it, Cinderella Castle still soars majestically above your table. You’re also parade route adjacent, with a good view of the floats as they cross the bridge from Liberty Square to the hub. 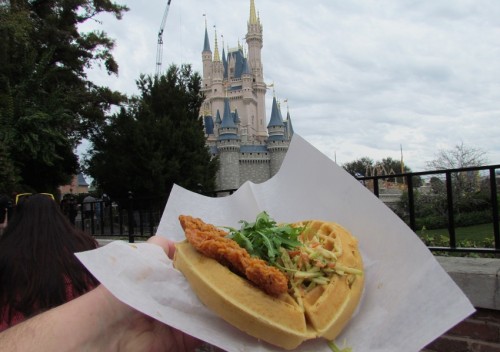 The restaurant itself is in a great looking building with lots of architectural style and feels like it would fit in fine in revolutionary America. Seating is plentiful and there’s a covered area if the rains decide to come, which they often do in Central Florida. 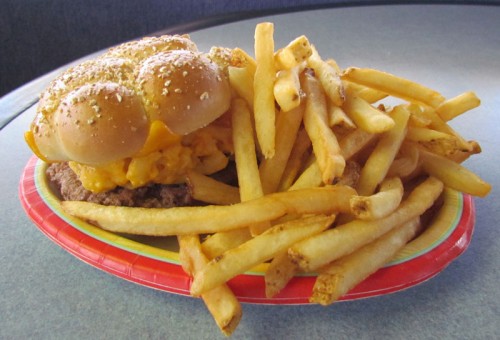 So I heard a Mac & Cheese Burger had been added to the menu at Electric Umbrella, which made my choice of themeparks to visit this weekend easy. Macaroni and Cheese is one of my favorite comfort foods and my kid has a full on love affair for the stuff.

To be honest, I was a bit hesitant when I first heard about the idea. I had tried the Macaroni & Cheese and truffle oil gourmet hot dog over at Fairfax Fare in DHS and wasn’t impressed, not for the price at least. My son loved it, however. So we agreed to split the new burger and share a salad in an attempt to be a little healthier. 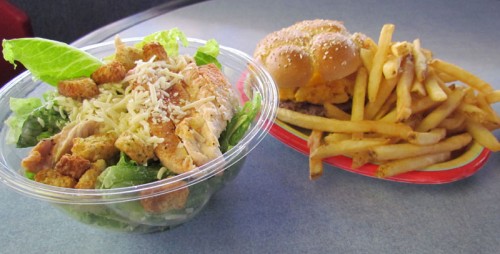 The Macaroni & Cheese burger is a full 1/3 lb Angus Burger that is topped with a generous portion of bacon, a nice slide of cheddar cheese, and a scoop of baked macaroni & cheese. You can also choose grapes instead of fries for your side. I found the bun a nice size, easy enough to get your hand around, if a bit crumbly. It’s served dry, so stop by the condiment bar on your way to the table if that’s your thing.Read More »Mac & Cheese Burger – Taste Test and Review