Behind The Scenes: Designing Dumbo for Disney Fantasy with Imagineering

A big thanks to the fine folks at Walt Disney Imagineering for making this latest video that goes behind the scenes on the creation of the Dumbo the Flying Elephant icon for the Disney Fantasy for Disney Cruise Lines. In the video Imagineers Joe Lanzisero,… Read More »Behind The Scenes: Designing Dumbo for Disney Fantasy with Imagineering

The Disney Cruise Line has a very cute and popular tradition of adorning the stern of each ship with a different character, usually doing something whimsical. The Disney Magic has Goofy cleaning the ship, The Disney Wonder has Donald being ‘helped’ by his nephews, and Sorcerer Mickey is making brooms do the work on the Disney Dream. What do all 3 of those ships have in common? The main characters are part of the Fab five. So the Disney Fantasy will follow in that tradition, right?

The stern character for the Disney Fantasy take a bit of a departure and will feature Dumbo flying under his own power putting the finishing touches on the ship with the help of Timothy Mouse. Here’s some concept art: 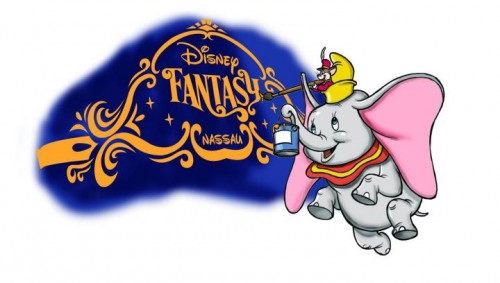 The Disney Fantasy just passed a milestone with the final piece of its hull being attached, so expect to see many more details about the ship between now and its launch around March 2012.

In fact, we have two photos of the flying elephant himself below the jump:

This year marks the 40th Anniversary of the Magic Kingdom. I thought I’d spend a little time surfing through vintage home video of the park to celebrate. Lots of great stuff out there, but I’m sharing this one today because of a unique coincidence. You… Read More »Magic Kingdom 1979 Home Video

Fantasyland Expansion impact on Magic Kingdom will be huge

The Disney Parks blog recently announced that February 11, 2011 will be the last day to visit Mickey’s Toontown Fair. That’s nice information to have for those planning vacations. Unfortunately, you really have to plan more than 6 months out these days just to get… Read More »Fantasyland Expansion impact on Magic Kingdom will be huge

Did Disney Save Broadway

Since Beauty and the Beast debuted on Broadway there has been a lot of debate about what exactly Disney is bringing to the Theatre. Your opinion is your own on the matter, but there can be no doubt that Disney has been successful in bringing… Read More »Did Disney Save Broadway

Of all the Disney Animated classics, Dumbo has the most ‘Song of the South’ moments. The crows and a drunk elephant are not what I would call ‘classic Disney’. And yet, they do make for two of the most powerful moments of the film. The… Read More »Dumbo heading to Broadway?