John recently posted about the announcement of the Walt Disney Company’s second quarter profits. At the end of the post, he asked where readers would like to see the company go in the future. I started writing a comment, but it was rapidly turning into a book. To answer the question, I would like to see the company invest more resources into the Disney Theatrical Group.

This division of the company oversees all Broadway & regional stage musicals, as well as ice shows and other events. While some of the ventures out of this office have been amazingly successful (The Lion King comes to mind) the last two major Broadway productions have been financial flops (Tarzan and The Little Mermaid.)

After these two shows had poor box office results, there has been a lot of speculation regarding what production the division would open next. As it stands, there will be two new productions from the mouse within the next five months. However, neither of these shows will be on Broadway. This could be in an effort to hedge against the losses of another big-budget show flopping, or it could be a stepping stone strategy. Many of the most popular (and successful) Broadway shows use a method called an “out-of-town tryout.” The show will play at a regional theatre for a couple months at most and then take a few months off in order to make any necessary changes before opening in New York. For example, The Little Mermaid played in Denver before opening on Broadway.

The first of the upcoming shows is Aladdin, which will play at the 5th Avenue Theatre in Seattle for just under four weeks this July. It is reasonable that if critical and audience reception of this show is positive that it could be mounted on Broadway. It was recently announced that Jonathan Freeman, the voice of Jafar in the film, will also play the role on stage. If the Disneyland version of Aladdin is any indication of what this large-scale show could be, I think it will quickly become an audience favorite.

The second new show is Newsies, adapted from the movie musical. This show will play at the Paper Mill Playhouse in Millburn, NJ from September 15 – October 16, 2011. Not a lot of information has been announced about this production, but judging from past productions at the Paper Mill, it should hopefully be well done.

After that, the future is unknown for the Disney Theatrical Group. More than likely, The Lion King will continue to be a mainstay on the Great White Way, and I imagine that Mary Poppins still has some time left in its run. There has been some mention that a Dumbo Broadway Musical is in pre-production by Disney and Steve Davison’s Sister Act finally made it to Broadway. Perhaps that’s a talent Disney Theatrical could tap into.

What show would you like to see DTG produce next? 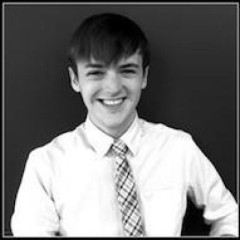 Adam Britten is a self-proclaimed Disney geek. From a very young age, he fondly remembers visiting the parks with his family on an almost yearly basis. Currently a Master of Digital Marketing Student at Hult International Business School, Adam wishes on a star that he will one day work for the mouse's marketing department. He’s visited Disneyland, Walt Disney World, & Disneyland Paris; he hopes to complete the world tour. His favorite Disney movie is Alice in Wonderland. Can also be seen on: Twitter as @AdamBritten, www.AdamBritten.com, and his new blog about the intersection between social media and theme parks at SocialThemeParks.com. View all posts by Adam Britten
Skip back to main navigation