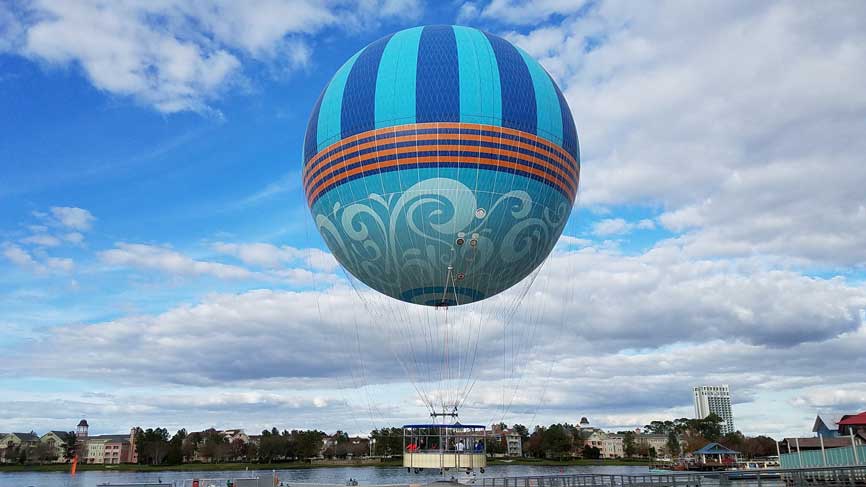 It may be called “Characters in Flight” but the characters have disappeared from the design of the new aerial balloon at Disney Springs. The new look is a big blue globe with watery flourish designs and stripes similar to what was on the previous balloon,… Read More »New Aerial Balloon debuts at Disney Springs 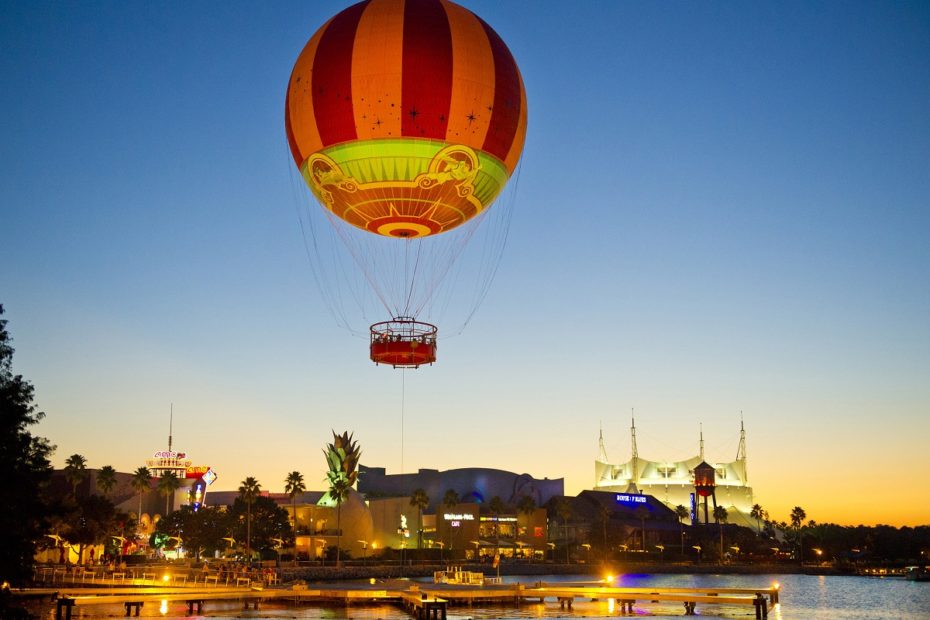 Characters in Flight balloon at Disney Springs to get new look Did you know there’s an world shortage of helium? Yeah, me neither. But the cost to import that precious gas to Japan has caused Tokyo Disney Resort to put the sales of the popular souvenirs on hold at the park. I’m so used to seeing… Read More »Balloon Sales Put on Hold at Tokyo Disneyland

I knew that the caricaturists who sketch your profile at Disneyland and Walt Disney World were outside vendors, but I didn’t realize the balloon sellers were. Both licenses are owned by the same company, a company founded by Jess Rubio, who got his start as… Read More »Disney Balloon and Caricacture Vendor owner dies

A former Main Street USA Balloon Cast Member turned entrepreneur came up with an LED device that turns a normal Mickey Mouse Balloon into an amazing piece of illuminated art after dark. One drawback, each balloon is $12. But I’m guessing you can recover the… Read More »Illuminated Mickey Mouse Balloons Light Up Disneyland

Characters In Flight Balloon Officially Up, Up, and Away 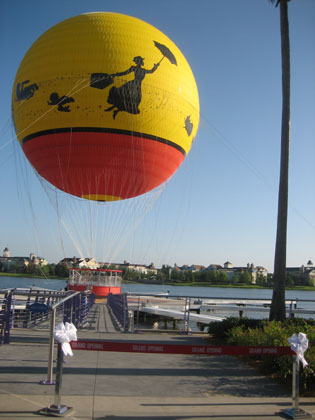 A ribbon awaits its severing for the grand opening.

Although the winds of fate prevented any actual guests from going up, up, and away, the new “Characters in Flight” balloon from Aerophile officially opened Tuesday morning in Downtown Disney, Orlando. A single tether connects the balloon to the launch platform.

Many who have been on the ride during its soft opening days, claim it’s the best deal in Downtown Disney. Of course, the problem is that sometimes the ride isn’t open. Wind gusts can keep the balloon grounded. This has led to some issues with guests who get upset they can’t experience the ride. Disney has to put safety first even if the guest is leaving for the airport in 30 minutes.  So plan accordingly and perhaps visit the balloon early in your trip. 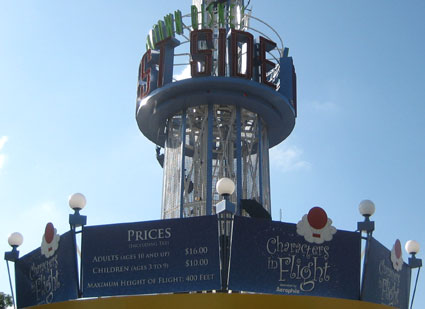 Prices at the ticket booth.

Another problem is the unfortunate name of the attraction. The name “Characters in Flight” has led some guests to expect actual characters on the flight for a meet and greet. Alas, that’s just not the case. With all the other possibilities to name this attraction you have to wonder why they chose one that would be so misleading. Kind of like Disney marketing insisting on calling “Toy Story Midway Mania” Toy Story Mania, which makes it sound like a soft horror film instead of the fun midway games it actually is.

More info and photos below the cut:

Read More »Characters In Flight Balloon Officially Up, Up, and Away

On Jan. 28, 2009 an 80-foot-tall hot air balloon, shaped like Epcot’s Spaceship Earth icon, floated above the Magic Kingdom carrying the Birkett family, of Scottsdale, Az. The special flight was one of the dreams awarded as part of Disney Parks’ 2008 Year Of A… Read More »Family Flies over Disney in Balloon as part of YOMD prize packet