Adam Britten is a self-proclaimed Disney geek. From a very young age, he fondly remembers visiting the parks with his family on an almost yearly basis. Currently a Master of Digital Marketing Student at Hult International Business School, Adam wishes on a star that he will one day work for the mouse's marketing department. He’s visited Disneyland, Walt Disney World, & Disneyland Paris; he hopes to complete the world tour. His favorite Disney movie is Alice in Wonderland. Can also be seen on: Twitter as @AdamBritten, www.AdamBritten.com, and his new blog about the intersection between social media and theme parks at SocialThemeParks.com.

After a few weeks off, the Dunphy/Pritchett clan is back on your television screen. I have to say, I generally laugh hardest after taking a few weeks off from the show, but this episode was a disappointing one to come back to. Overall, I think… Read More »Modern Family: Season 3, Episode 14 – Me? Jealous?

Two big events went on with the Dunphy/Pritchett families that this week’s episode centered around. Claire debated against Duane Bailey during for a position on town council, and Lily was the flower girl in a wedding that the entire family attended.

Leading up to the debate, a piece in a local newspaper said that voters found Claire “angry and unlikeable.” In order to tame this, the Dunphy family held a mock debate in their living room. The kids were each given a noise-making device to alert Claire whenever she did something “unlikeble.” Several beeps & honks later, and Claire felt defeated by her family for every little thing.

Over at Cam & Mitchell’s house, the guys are teaching Lily how to be a good flower girl when she utters a certain four letter word that starts with F, prompting Cam to laugh. They blow it off, but it happens again. At this point, Mitch scolds her, but Lily still knows that Cam finds it funny.

Gloria & Jay had the obvious “C Story” this week, centering around Stella, who keeps jumping in the pool. Jay thinks that the dog is trying to commit “Doggy Suicide” and wants to get her swimming lessons.

At the debate, Duane brings up a police record showing that Phil was quested at a hotel last year when he broke into a stranger’s room and striped naked…(remember Valentine’s Day?) Claire blows up, so Phil tries to save the day by standing up and taking the question himself. Of course, in true Phil fashion, he embarrasses himself and his entire family. And funny enough, someone at the debate filmed it, auto-tuned Phil, and put him on YouTube. (Very clever writing!)

At the wedding, Lily is silent, as Mitch has put her on “verbal lock down.” When the bride walks down the aisle, Cam starts crying. Lily thinks that he is sad, to to cheer him up she shouts “F*!K” in front of everyone, causing all of the wedding guests to burst into laughter.

Overall, this episode wasn’t one of those typical heartwarming family moments, but it had a lot of quality comedy. Gloria trying to talk Stella out of suicide steals the episode, for me. (And by the way, Stella wasn’t trying to commit doggy suicide, her favorite toy was trapped in the pool’s filter and she was trying to recover it.)

You can find my favorite quotes from this week’s episode below the jump.

There’s something about holiday episodes of Modern Family that just remind me why I love the series. Whether that be through new character combinations (I don’t think we’ve ever seen Mitch and Alex separate from anyone else) or great physical comedy (Phil getting tasered!) it… Read More »Modern Family: Season 3, Episode 10 – Express Christmas 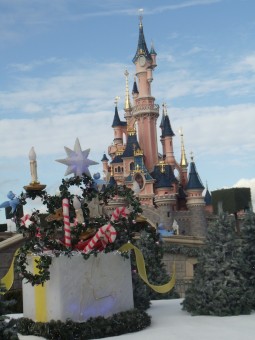 I had the luck of having a work trip in Paris, and I was able to sneak off to Disneyland Paris for a day. Below are a few photos, but if you want to see more (including a full trip report) you can find that on my personal blog. ( apologize that some of the photos are lower quality; my camera died and I had to use my iPad.) 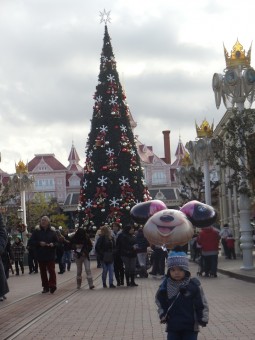 I think this little boy thought I was taking his picture. He saw me with my camera (trying to take a picture) and stopped for a few moments. I snapped one, and then walked ahead of him to take more. But I just live this picture so much! (More below the jump)Read More »Disneyland Paris at Christmas (Photos)

Once Upon a Time: Season 1, Episode 5 – That Still Small Voice

This week’s episode of Once Upon a Time opens with a boy pickpocketing several unknowing viewers of a puppet show. As he’s telling that he “might not want to be bad” anymore, he pulls out a cricket and says he wants to be like them… Read More »Once Upon a Time: Season 1, Episode 5 – That Still Small Voice 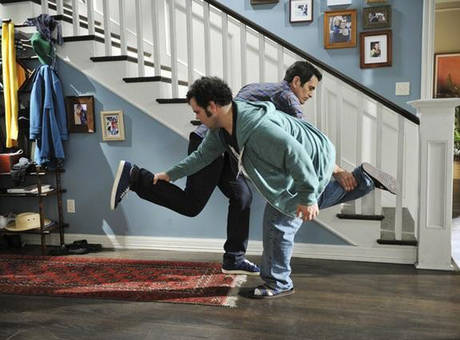 Trailer for “Beauty and the Beast” in 3D

After the commercial success of the re-release of The Lion King in 3D, it is no surprise that Disney made plans to release more of their movies in a new view. In fact, four beloved Disney movies will make their way back to the silver… Read More »Trailer for “Beauty and the Beast” in 3D