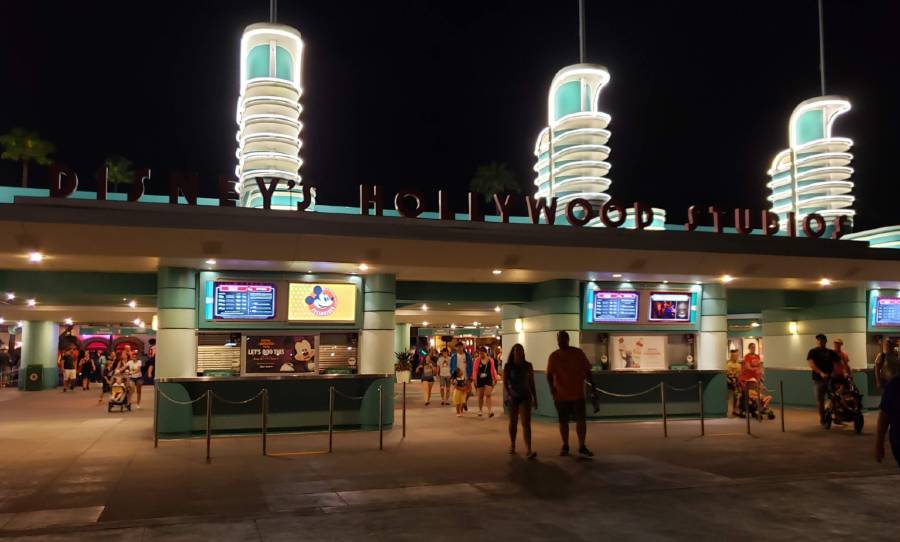 Disney’s Hollywood Studios is one of my favorite parks to visit after dark. I stopped by this weekend for some afternoon fun and since it stretched past dusk, I thought I would share a walk through the park to show off some of its finer after hours glow.

Of course I visited Star Wars: Galaxy’s Edge, which, if you ask me, looks even better at night. The cliffs of Batuu and the Black Spires take on an otherworldly glow, while the bustling Black Spire Outpost has its own special night time energy.

It’s one of my longer walk-about videos and I talk about everything from dinner at ABC Commissary with the upgraded plant-based California Burger, a burned out light in Toy Story Land, to a quick tour of the newly remodeled Mickey’s of Hollywood. We may have even found a new Hidden Mickey in the park.

Disney’s Hollywood Studios just went through two big expansions, but there’s more to come. The second Galaxy’s Edge attraction, Star Wars: Rise of the Resistance, will open in early December and Mickey and Minnie’s Runaway Railway will open in Spring of 2020. At least that’s the plan.

Thanks for coming with me on this walk-about. My goal is to get out to the parks more often for these live-streamed videos.

What’s your favorite thing to do at Disney’s Hollywood Studios after the sun goes down?