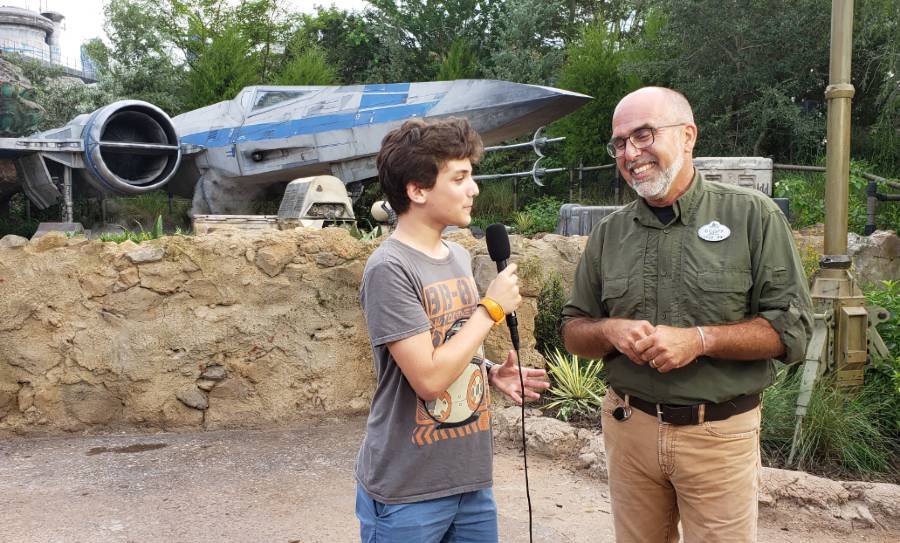 Our two-day media preview of Star Wars: Galaxy’s Edge was filled with great opportunities to learn about the land that just opened to guests on Thursday. However, one major area of the land has yet to open – Star Wars: Rise of the Resistance.

Star Wars: Rise of the Resistance promises to be one of the most ambitious, advanced, and immersive experiences ever undertaken by Walt Disney Imagineering. The innovative new attraction will take guests aboard a full-size transport shuttle before they are captured by a Star Destroyer and wind up in the middle of a climactic battle between the First Order and the Resistance.

Scott Mallwitz, Creative Executive Walt Disney Imagineering for Star Wars Galaxy’s Edge, spoke with Indigo about what guests can expect when Star Wars: Rise of the Resistance opens on December 5th. It brings the Star Wars galaxy to life in a way.

Be warned, there are spoilers ahead:

We were excited to learn more about Rise of the Resistance from Scott. After you are brought onto te Star Destroyer, you will encounter Kylo Ren, who will wants to interrogate you and your fellow Resistance members to learn the location of the remains of the Resistance.

We also asked Mallwitz him how long the run time will be on Star Wars: Rise of the Resistance. Mallwitz said that they still don’t have an exact length. According to Mallwitz, Imagineers as construction and fine tuning is ongoing, they still don’t have a way to gauge how long it will take to get through the queue and early show scenes and then into the ride experience where you board a trackless troop transport. However, estimates are between 13 and 16 minutes.

At the end of the attraction, Imagineers want guests to have experienced the joy of sharing a totally unique Star Wars adventure that blurs the lines between fantasy and reality on a scale never seen before in a Disney attraction.

Previously: Our spoiler-filled sneak peek inside Star Wars: Rise of The Resistance