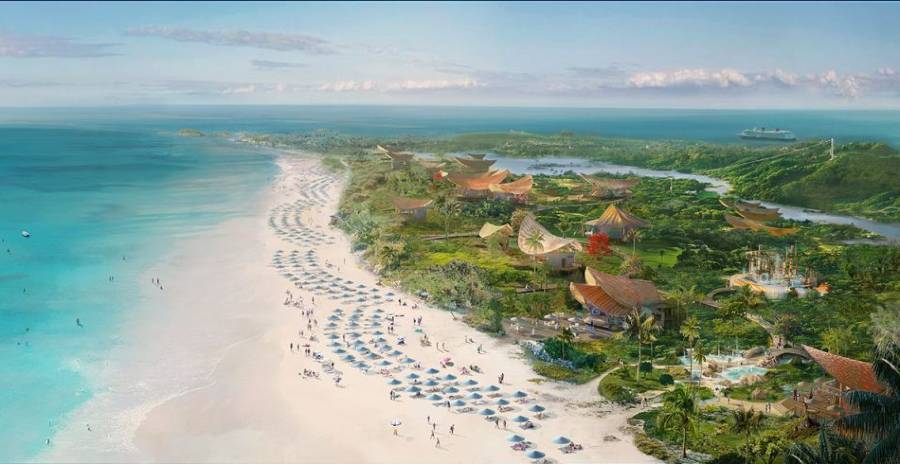 The Disney Cruise Line is adding a second private island tropical destination in The Bahamas. Located on the island of Eleuthera near a place known as Lighthouse Point, the new destination will put Bahamian culture forward, while also protecting and celebrating the natural environment of the island.

Castaway Cay, Disney’s original private island, is a very popular port of call on almost every Disney Cruise Line voyage to the Bahamas or Caribbean. With Disney getting set to add three more ships to its fleet, it definitely makes sense to add another place to visit to handle the capacity. It will also add some variety to Disney’s itineraries and, maybe, add an option for an overnight stay.

Walt Disney Imagineer Joe Rohde has been brought in to lead the project. Giving his portfolio also includes Aulani, a Disney Resort in Hawaii, it seems that Disney is serious about respecting the culture of the Bahamas, and it seems likely that there will be some resort accommodations available too.

Keeping in mind the above image is just concept art, it looks like Disney has decided to go in a different direction than Castaway Cay, choosing designs that are more harmonious with nature. I also see what looks like a zip line, a water play zone, and dining facilities. What you don’t see is a dock, but we understand the plan is to add one instead of using tenders.

I don’t know about you, but this looks like a place I could spend a few days just doing nothing.

In the video below Rhode discusses how he’s partnering with Bahamian master artists, Kevin Cooper and Antonius Roberts for inspiration to create the design of Lighthouse Point:

“The Lighthouse Point site is so beautiful and so full of nature that we want to preserve this and use our designs to call attention to the extraordinary quality of the place itself – a place of natural beauty with a rich and fascinating cultural tradition,” Rohde said. “We will be directly involved in conservation efforts to preserve and protect the environment that creates this beauty, and we will be working with artists of every kind, much like we did with Aulani in Hawaii, to create a unique destination that is rooted in Bahamian culture and imbued with Disney magic.”

Disney Cruise Line completed its purchase of privately owned Lighthouse Point earlier this year and signed an agreement with the Government of The Bahamas that guides the responsible and sustainable way the site will be developed. 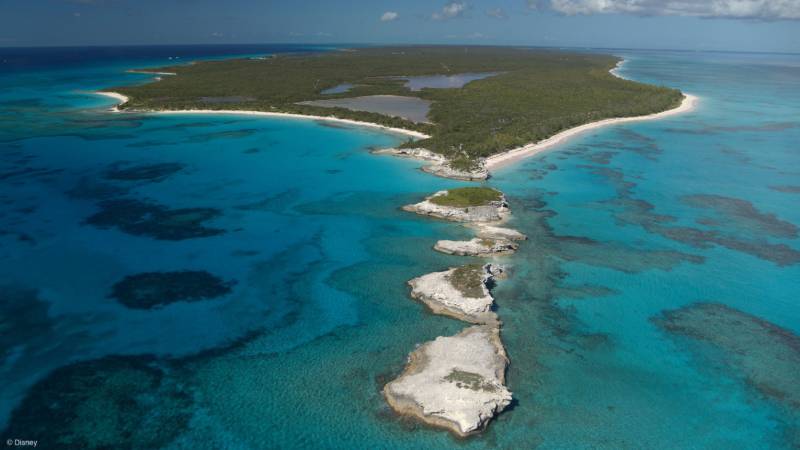 Disney has committed to develop less than 20 percent of the property; employ sustainable building practices, including an open-trestle pier that eliminates the need to dredge a ship channel; establish environmental monitoring programs during construction and operation; and donate more than 190 acres of privately owned land to Government, among other commitments.

Through the Disney Conservation Fund, Disney has provided more than $13 million to marine conservation programs around the globe, including several in The Bahamas. Since 2007, Disney has been directly involved in leading a multiyear initiative to protect and rehabilitate coral reefs in The Bahamas and will continue to work with leading conservation organizations and communities to protect special places there.

Construction at Lighthouse Point will begin only after an Environmental Impact Assessment and Environmental Management Plan are reviewed and accepted by the Government of The Bahamas and public consultation has occurred. Construction could begin in 2020 with completion in late 2022 or 2023.

Previously: What we learned about the newly named 5th ship the Disney Wish.