Star Wars: Galaxy’s Edge opens to throngs of guests before Sunrise this morning If you were an early riser, you could have been among the first guests to enter Star Wars: Galaxy’s Edge for it’s official first day of operation at Disney’s Hollywood Studios. The park opened the new land around 4AM this morning to the cheers of thousands of fans who had been lined up for hours.

If you plan to visit Star Wars: Galaxy’s Edge today or in the near future, be sure to check your My Disney Experience app as Disney will be running a virtual queue to make sure the 14-acre expansion doesn’t get too crowded. 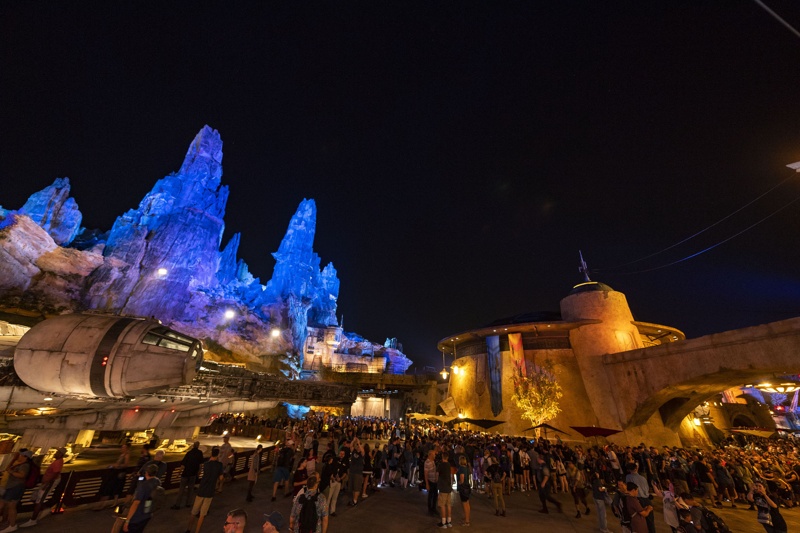 You will still have to wait in the standby queue for Millennium Falcon: Smugglers Run. The wait at 6AM this morning was over 340 minutes.

In Star Wars: Galaxy’s Edge, your are transported to the remote planet Batuu, full of unique sights, sounds, smells and tastes authentic to the Star Wars universe. Explore Black Spire Outpost and become part of the story as you sample galactic food and beverages, explore an intriguing collection of merchant shops and take control of the most famous ship in the galaxy aboard the exhilarating Millennium Falcon: Smugglers Run. When do you plan to visit Star Wars: Galaxy’s Edge?