Hormay was also the chief sculptor and senior production designer for the Tree of Life at Disney’s Animal Kingdom. He now overseas the themed finishes studio at Imagineering. In addition to creating rockwork, the team also includes adding character and theming to buildings and other hardscape, this included the artificial foliage you’ve seen at Pandora – The World of Avatar

We recently had the chance to interview Hormay and find out exactly what went into creating the immersive world of Batuu.

According to Hormay, the goal at Star Wars: Galaxy’s Edge was to “create a planet where, no matter if you’re an avid star wars fan, or someone who just wants to come and visit, you would be seeing it for the first time.” 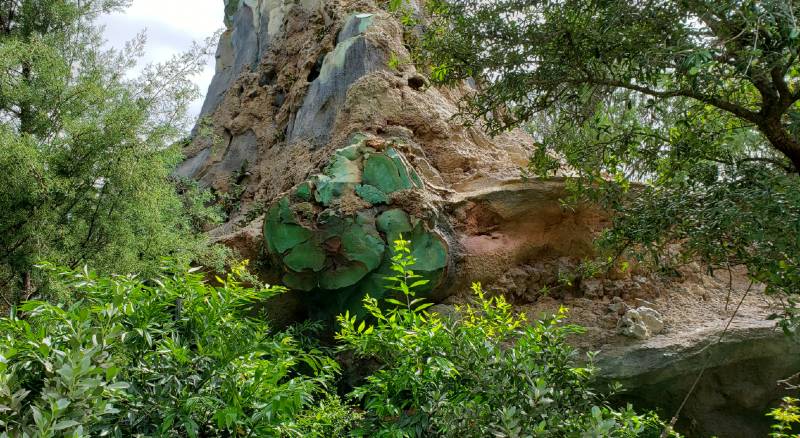 And while it is true the land is something totally new, even a casual a Star Wars fan, will recognize it as being set in the Star Wars galaxy.

To achieve that look, some of the team members went to Morocco and Turkey and studied the markets and buildings. They came home with thousands of photos of reference materials from items, to patterns, to fabric, to items and more. Those were cataloged and referenced in the design of Galaxy’s Edge.

You may recognize this helmet from a recent Star Wars movie…. answer at the bottom of this post. 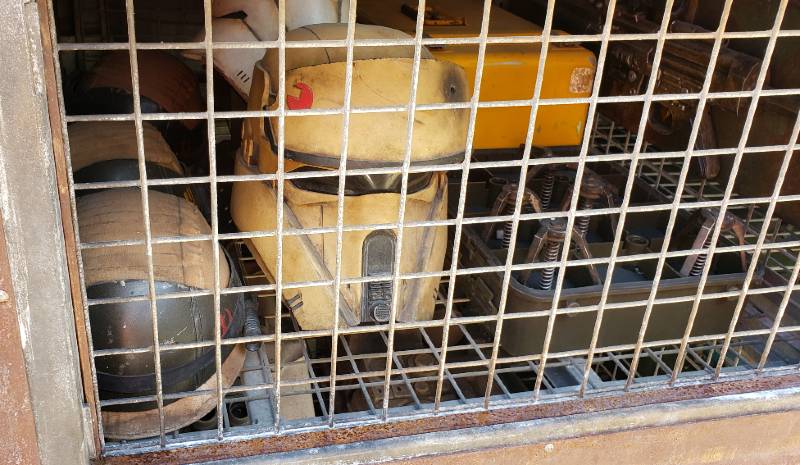 Disney’s team of Imagineers were also able to reference the original trilogy’s research for props, including some of the original props, and worked hard to acquire many many of the same pre-1980s materials to capture the look and feel of the props from the trilogy, sometimes returning to the same stores in other countries where the original props were purchased. You’ll also find a lot of items that came from Rogue One: A Star Wars Story, which was set in the same time period. I was really fascinated with Hormay’s description of how reference photos and other materials as used to create the theming of the land. While a lot of the land is created in pre-viz and models, Hormay’s team works in a more hands on mode. It’s one of the reasons why you’ll find subtle differences between Disneyland’s Galaxy’s Edge and the one at Disney’s Hollywood Studios.

This video from Disney features another look at how Zsolt Hormays team does its work:

One of the things I love about Galaxy’s Edge is its cinematic feel. As you walk through the land you’ll notice it was designed with slightlines that will feel similar to those frequently used in the movies. You’ll start with a wide shot, perhaps of a rocky mountain vista, then as you move into the land, the spaces narrow – like zooming in for a close up.

Zsolt Hormay and his team made sure those vistas, buildings, and outdoors spaces were ready for their close-ups. We think he did a pretty amazing job.

Answer: The helmet was a screen-used prop from Rogue One: A Star Wars Story.