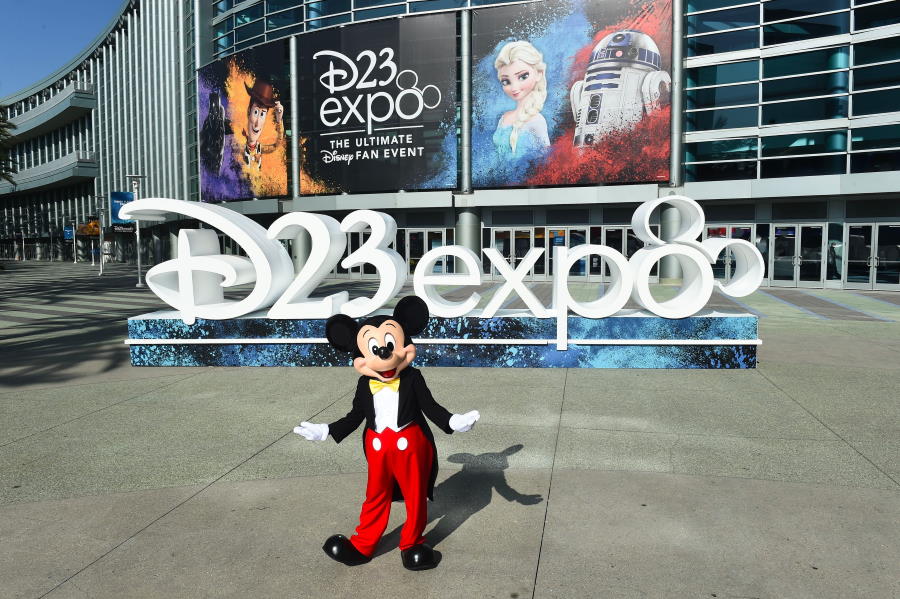 The D23 Expo is all sold out this year. So if you’re one of the ones who waiting too long, or weren’t planning to go in the fist place, there’s some good news. Two events on all three days will be live streamed on the internet. We’re most excited about the Disney Legends Ceremony. Definitely some deserving names on that list.

We also like how Disney added a session from National Geographic. That’s one of the properties recently acquired with the Fox purchase that aligns closely with the existing Disney brand. Both of Sunday’s panels look fantastic too.

It may not be the big hall D23 Expo sessions, but you will learn a lot from these.

7:00pm ET / 4:00pm PT
Behind the Art of Disney Costuming
Celebrate the imagination, passion and attention to detail invested in each Disney costume! Go behind the scenes on the Expo show floor with the team that crafted the dazzling new Walt Disney Archives exhibit and its accompanying coffee-table book.

1:00pm ET / 10:00am PT
WOMEN OF IMPACT: Meet the Nat Geo Explorers Changing the World
Meet the extraordinary women on the front lines of exploration, conservation and storytelling. They pilot submarines, get up close with lions, tigers, and bears—and even breakdance! See what it takes to become the next game-changing Explorer!

1:00pm ET / 10:00am PT
Heroines of the Disney Galaxies
Join Ashley Eckstein and some very special guests for a celebration of some of the most inspiring and empowering female characters from the worlds of Disney, Marvel, Lucasfilm and more!

You can watch them above, on the D23 social media channels, or at D23Expo.com/Live.