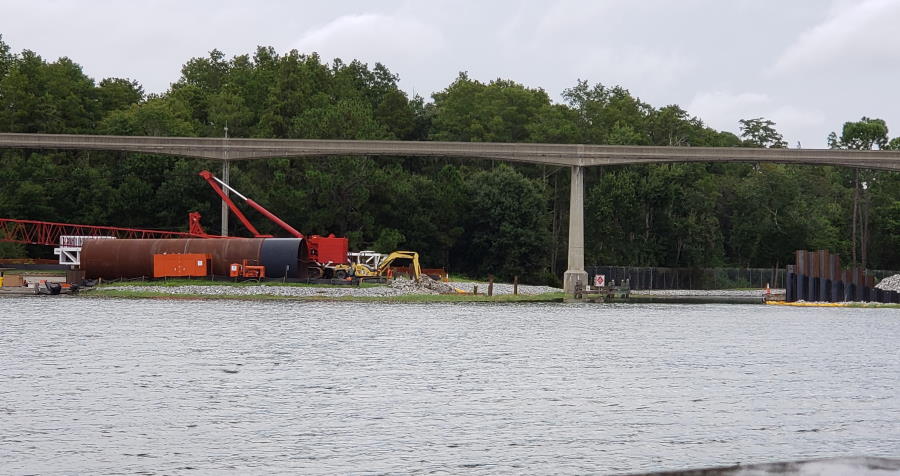 The work to connect the entrance to the Magic Kingdom to Disney’s Grand Floridian Resort and Spa via pedestrian walkway (and therefore Disney’s Polynesian Village and the TTC) has expanded and the work has changed how boats on the Seven Seas Lagoon dock pick up or drop off guests.

Construction walls now extend from the walkway to the Ferry Boat landing all the way around past the Monorail Station. The boat to the Grand Floridian and Polynesian now drops off and departs from the center boat dock instead of the monorail station side. In fact, that dock is in the middle of being dismantled.

Over by the bridge work site, you can see more heavy equipment that has been brought in to construct the bridge over the waterway to backstage at the Magic Kingdom (and where the Electrical Water Pageant is stored). It looks like the first few pieces of the new bridge has been delivered (the white iron work). 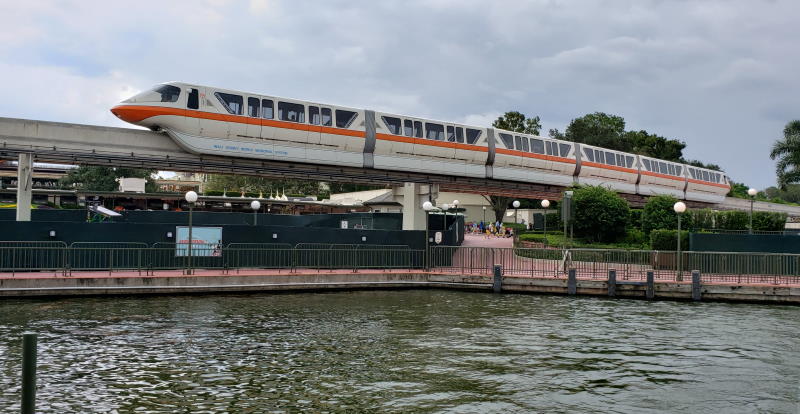 The Magic Kingdom entrance plaza work has expanded its scope 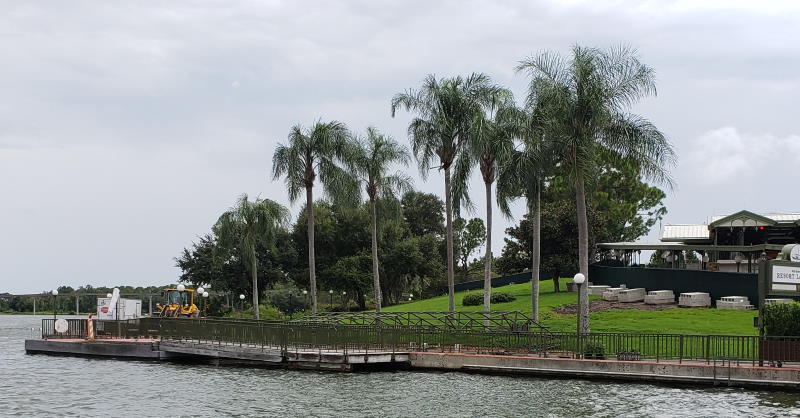 The old boat dock is behind walls and is being dismantled 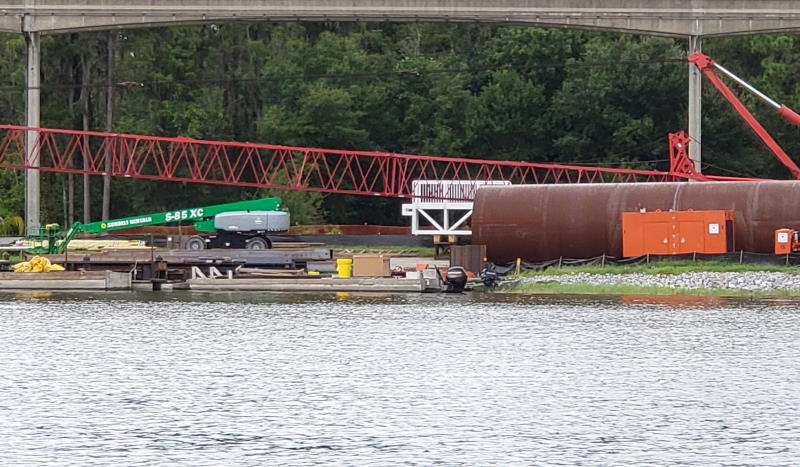 Looks like the first piece of bridge is also on site now.

Although the project hasn’t officially been announced by Disney, once construction walls go up that’s usually a good sign it’s happening.