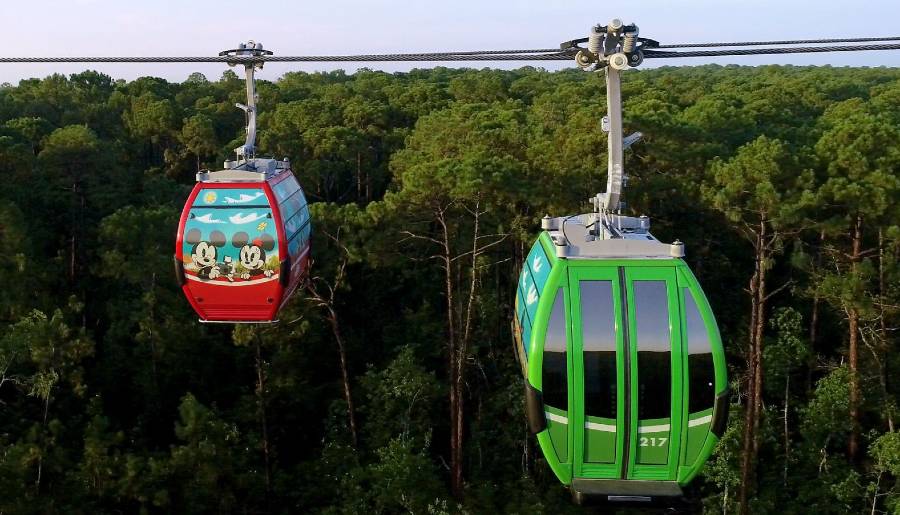 Cable car transit systems, like a gondola network, are cost effective to build and operate, and generally easier on the environment than a new road or railway. You can cross lakes or soar above the trees while moving between your destinations. They also have a fairly high throughput for a transport system moving many more people an hour than even fleet of buses could handle.

It wouldn’t be Disney without some fun themed wraps for the gondola cabins. You’ll see many familiar characters, Disney attractions, and popular movies represented.

I’m very excited to have this idea I wrote about back in January 2013 as a modest proposal, finally ready to take flight at Walt Disney World. It’s not quite the grand vision I had, yet. But having this alternate transportation mode for Disney World guests will be a popular option for getting around the resort.

While it would quite be ready for the first month of Star Wars: Galaxy’s Edge at Disney’s Hollywood Studios, it will come pretty close on its heels, and before phase two opens in December 2019. Will you try the Disney Skyliner once it opens?