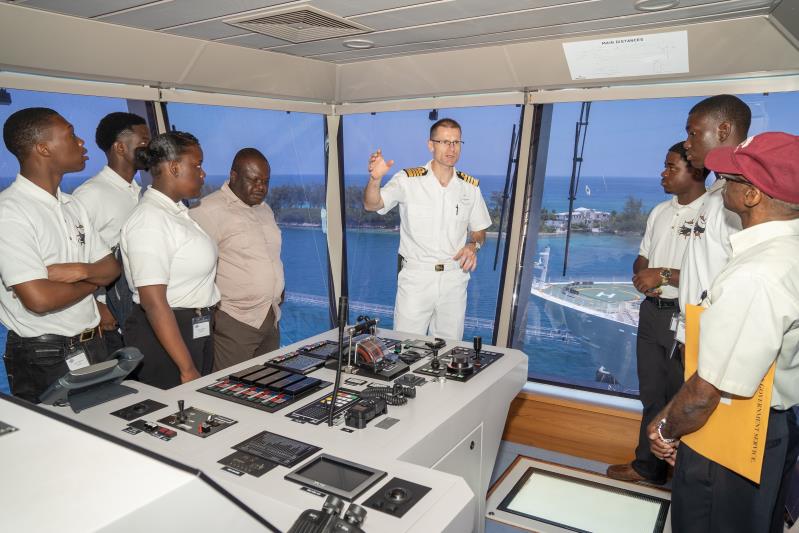 With its own private island in the Bahamas and many stops at the island nation’s ports of call, the Disney Cruise Line is tied closely the people and future of the Bahamas. As part of Disney Cruise Line’s commitment to inspire the next generation of maritime professionals, Disney Dream shipboard officers recently hosted a group of students onboard from the Bahamas Maritime Cadet Corps (BMCC) while the ship was docked in Nassau.

The International Maritime Organization’s “Day of the Seafarer” is celebrated annually on June 25 and recognizes the unique contributions made by seafarers from all over the world. During the tour, the students explored the ship’s engine room, toured the bridge, went behind-the-scenes of The Walt Disney Theater and participated in a panel discussion with the ship’s captain, Andy McRonald, along with other senior officers.

“I could not think of a better way to celebrate Day of the Seafarer than with this energetic group of aspiring maritime professionals,” said Disney Dream Captain Andy McRonald. “It’s an honor to contribute to the future of the industry and offer Bahamian students a glimpse into the world of cruise ship operations.” 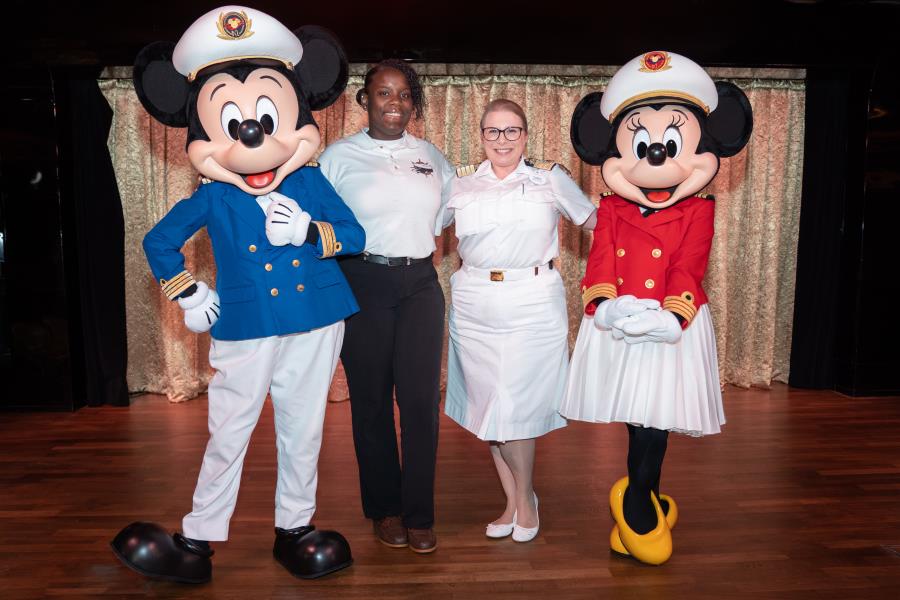 The BMCC is a program instituted under the Bahamas Maritime Authority to introduce and prepare high school students for employment in the maritime industry.

“The Bahamas and Disney share over two decades of a close relationship in the maritime sector,” said Captain Dwain Hutchinson, Bahamas Maritime Authority managing director and CEO. “We thank Disney Cruise Line for participating in the BMA’s vision of introducing young Bahamians to this key global sector.”

The BMCC tour is a part of Disney Cruise Line initiatives focused on inspiring youth to pursue maritime careers. Most recently, Disney Cruise Line also announced that it will sponsor four scholarships at the LJM Maritime Academy for female cadets aspiring to become ship captains and shipboard leaders. The scholarships, one for each of the ships in the Disney Cruise Line fleet, will include tuition to the three-year program – two years of study at the academy and one year of service aboard a Disney ship.

Other programs include the debut of Captain Minnie Mouse who will make the rounds on all Disney ships and visit port communities including those in The Bahamas. Later this year, Captain Minnie Mouse will also appear in an all-new, onboard youth activity being developed for Disney Cruise Line ships where young captain hopefuls will practice STEM (science, technology, engineering and math) skills in a fun, interactive marine-themed activity.

We like to see Disney Cruise Line continuing a strong relationship with the people and future maritime leaders of the Bahamas. We wish all the Maritime Cadets a bright future, even if it’s not with Disney.