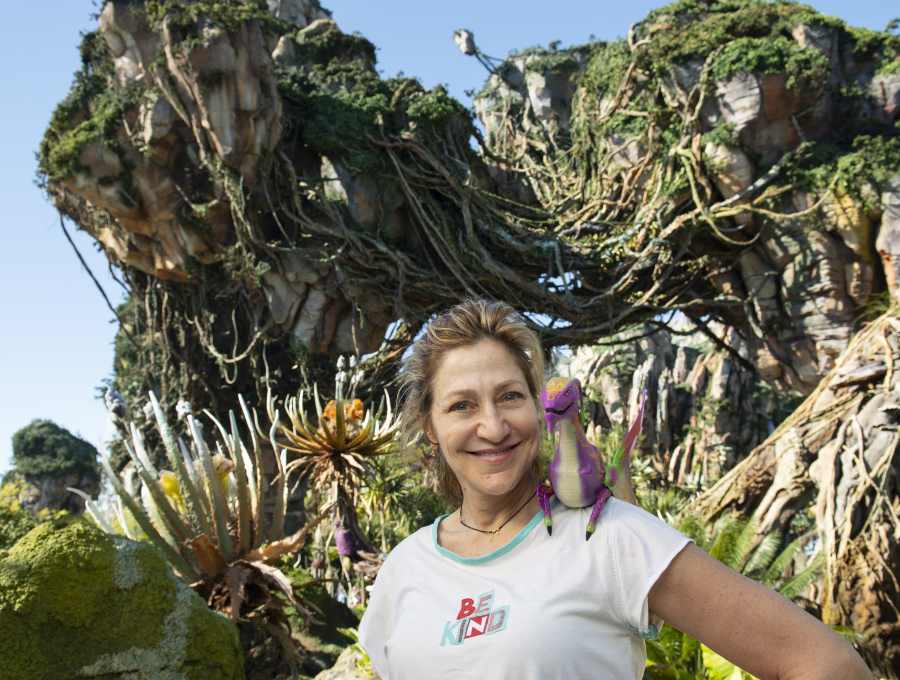 As we reported in February, Edie Falco has joined the upcoming Avatar sequels from James Cameron as General Ardmore. This week Falco took a family vacation and traveled all the way to Pandora – The World of Avatar at Disney’s Animal Kingdom. There she familiarized herself with the iconic Floating Mountains and even met one of the new Night Blossom Ikran, aka Banshee.

Falco is perhaps best known for her role as Carmela Soprano on the HBO series The Sopranos for which she won two Golden Globe and three Primetime Emmy awards. She also won an Emmy for her work on Nurse Jackie as the title character Jackie Peyton. 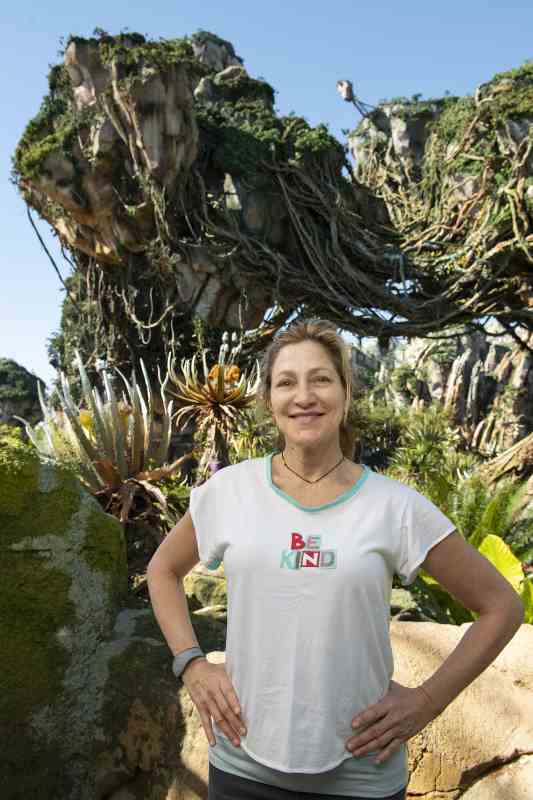 We don’t know if Falco had completed her filming on the sequels or if may be she felt like this might be some good research for her role, but we hope she had a fantastic time.

previousBring home the music of ‘Pandora: The World of Avatar”
nextHow to visit Star Wars: Galaxy’s Edge when it opens