Bring home the music of ‘Pandora: The World of Avatar” 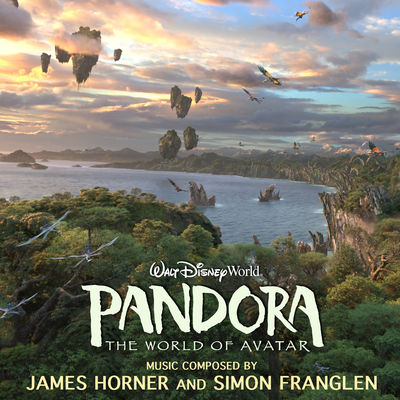 Visiting “Pandora: The World of Avatar” is about as close to visiting another planet as we can get right now. The fantastic world created by Disney’s Imagineers inside Disney’s Animal Kingdom, brings the computer animated world of the movie “Avatar” off the big screen and into a very real place you can visit. The sights (from the alien plant and animal life to the floating mountains) and sounds of the land (from the chanting shaman to the drum circle) all designed to convincingly transport you to Pandora.

Part of that magic realism is the music created specially for the land by the Academy Award winning film composer James Horner (Titanic, Braveheart, Apollo 13 to name a few) and Simon Franglen (The Magnificent Seven, Peppermint). Horner scored the music for the 2009 hit movie and brought those same soaring scores to the land’s attractions and themed areas.

The soundtrack is now available to download from Amazon or iTunes as an album or individual songs.

If you can’t travel to Disney’s Animal Kingdom to visit “Pandora: The World of Avatar,” the next best thing may be to listen to the beautiful soundtrack from the themed land.

Is there one song from the land that immediately comes to mind when you think of its attractions, stores, and dining locations?