The Avengers team was in Shanghai this week as part of its global tour to promote Marvel Studios’ “Avengers: Endgame.” The movie promises a climatic rematch with Thanos, the big bad villain behind much of the strife in the Marvel Cinematic Universe. Those who have seen the film have been asked to keep its secrets, but it won’t be too long before fans everywhere start to discuss what they saw in theaters.

But before then, we get a new TV spot signally that summer now begins in April, I guess:

One small surprise did come out of the Shanghai press events. Kevin Feige, the studio’ chief, revealed he doesn’t see Endgame as the end of the third phase of the Marvel movies, despite the literal title of endgame. Instead, according to a report in Newsweek, Feige told fans that he sees “Spider-Man: Far From Home” in that role.

So Far From Home will be the denouement of phase tree, much like phase two ended with “Ant-Man,” not “Avengers: Age of Ultron.” It might make July’s Spider-Man film a must-see too. 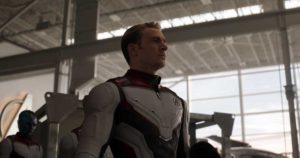 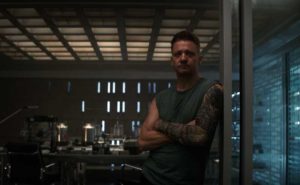 Early estimates peg Endgame opening at or near $900 million worldwide. That would put it well on the way to matching “Avengers: Infinity War,” which reaped a total of $2.05 billion at the global box office. If all goes well, it’s possible that Endgame will even catch up with “Avatar,” the highest-grossing film ever, which grossed $2.7 billion worldwide.

Even with Endgame about to open, “Captain Marvel” is still in theaters and still doing super well. At $400 million domestically it’s only $12 million away from passing “Wonder Woman.” Within the next day or so it will earn the $11 million it needs to pass $1.1 billion at the global box office. These numbers place it as the 7th highest grossing Marvel movie and the 25th highest grossing movie of all time. Not too shabby.

Oh yeah. “Captain Marvel” is already 2019’s highest grossing film both domestically and worldwide. That’s about to change when “Avengers: Endgame” enters the playing field. It does go to show how dominant Disney is right now.

Disney has a third movie out in theaters right now. The family targeted “Dumbo” has now earned $307.9 million peanuts at the global box office. Probably not the treasure Disney was hoping with its release, but not horrible either.