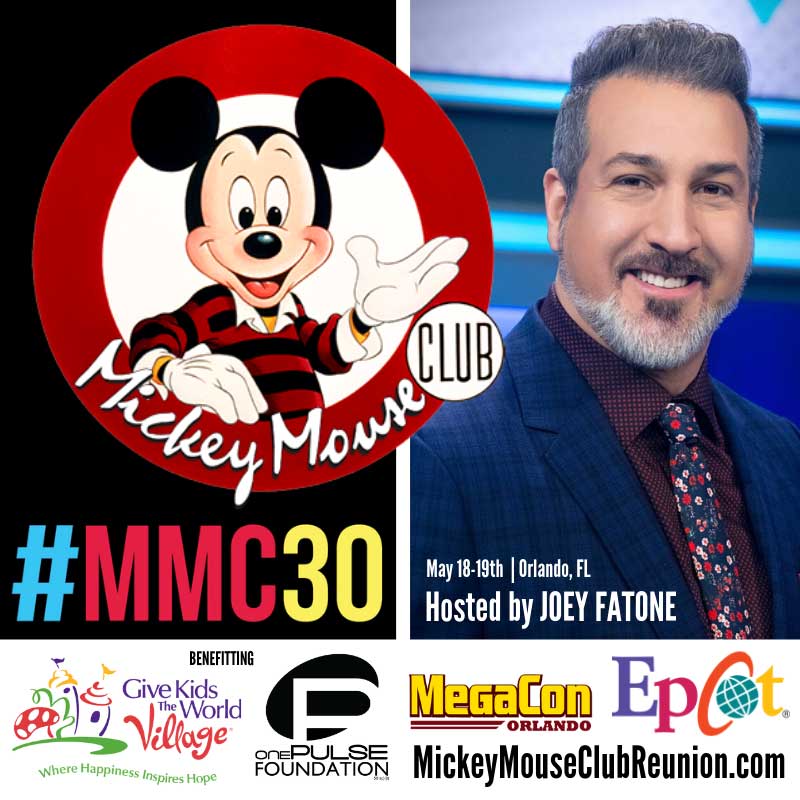 It’s the 30th anniversary of the ‘All New’ Mickey Mouse Club and cast and fans are gathering at the Walt Disney World resort and MegaCon in Orlando for #MMC30. On May 18 and 19 Mouseketeers will reunite for a once-in-a-lifetime weekend with their fans. Together they will celebrate their shared experience with one of Disney’s most iconic brands and give back to two worthy charities – onePULSE Foundation and Give Kids The World Village

Between events at Megacon and the Walt Disney World resort, fans will get plenty of chances to see their favorite Mouseketeers from the ‘All New’ Mickey Mouse Club. Events include signing opportunities, panels, meals, and an after hours party at Epcot that includes a concert and musical performances from the Mouseketeers.

For more information and to buy tickets visit www.MickeyMouseClubReunion.com.