Workers at Disney’s call center for reservations have been asked to be ready to work extra hours beginning later this week. Cast members are being told to brace for a high volume period of reservations and requests for assistance from travel agents

All this is further evidence that the opening date for Disneyland’s Star Wars: Galaxy’s Edge and possibly Walt Disney World’s too, will be announced this Thursday at the Walt Disney Company’s annual shareholders meeting.

What we already know is that Disney CEO Bob Iger previously revealed a June 2019 target for opening Star Wars: Galaxy’s Edge at Disneyland and an opening at Walt Disney World that would be no sooner than late October. Of course, all announcements like this are subject to change.

Disney has been inviting a small group of travel and entertainment journalists into the land at Disneyland to see progress on the land. While none of them were able to fully experience the main attractions, it sounds like they’re already pretty far along with some Imagineers and executives being allowed to experience the attractions with their families.

By announcing the opening dates this week, it would allow both Disneyland and Walt Disney World to start the race toward full occupancy they both expect at their resort hotels once Star Wars: Galaxy’s Edge opens and for weeks afterward. 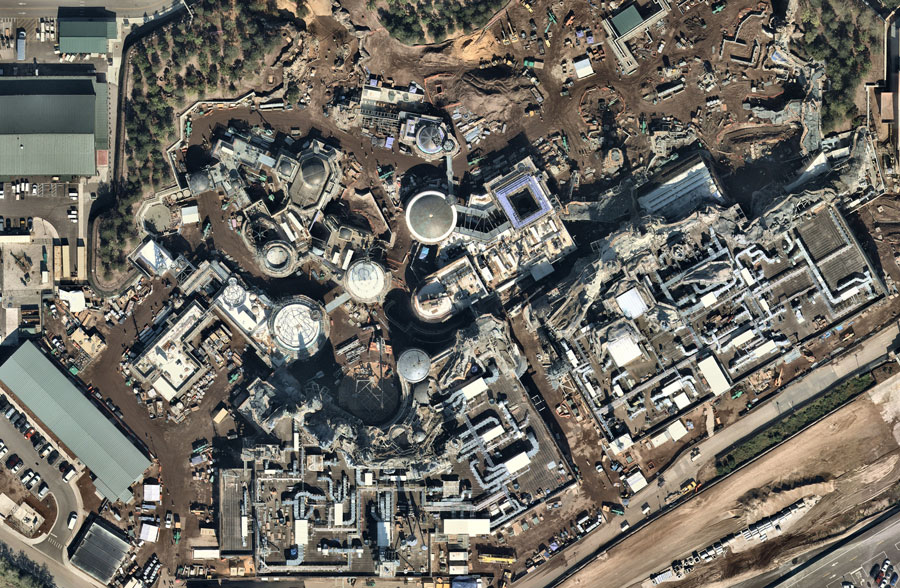 Comparing aerial photos of both expansions, Disneyland’s appears to be about 3-4 months ahead of the work at Disney’s Hollywood Studios. But this really only shows us the superficial facades and rock work. The interiors could be further along or farther behind. But work at Walt Disney World will benefit from any lessons learned at the first site. If Anaheim is ready to start previews in early or mid-June, Orlando could have its version open in September or October.

If you would like more information on booking a Walt Disney World or Disneyland vacation, please send an email to Pixie Vacations authorized Disney travel agent Stacey Frost ([email protected]), call (407) 454-1477 or fill out this form for complimentary travel planning. Your use of this free service to book your travel will help support The Disney Blog. Thank you.

previousMistress of All Evil – Book Review
nextMaleficent: Mistress of Evil – the Sequel gets a release date and first poster