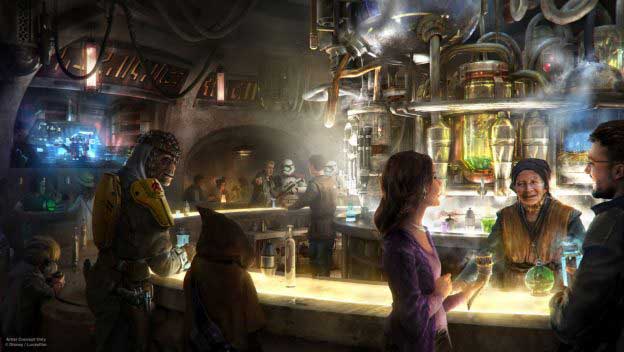 With the opening for Star Wars: Galaxy’s Edge at Disneyland said to be coming in June (although official word is still ‘this summer’), the pace at which we hear news about the project is picking up. When guests are finally able to visit the remote planet Batuu and the area of Black Spire Outpost that is being constructed in both Disneyland and Walt Disney World, they’ll enter the most fully realized themed land ever dreamed up and constructed by Walt Disney Imagineering. 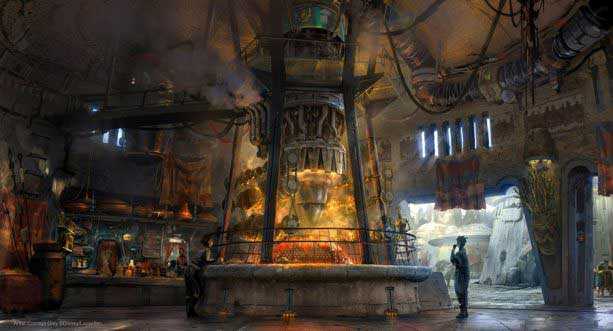 Of course it’s not a fully-realized planet without local food and dining options to explore.

Docking Bay 7 Food and Cargo – Run by Chef Strono ‘Cookie’ Tuggs, the former chef at Maz Kanata’s castle on Takodana, has traveled throughout the galaxy and is bringing those exotic flavors and unusual dishes to his traveling diner “Tuggs’ Grub.”

Milk Stand – This is where you’ll find the infamous blue milk or green milk (your choice) direct from the Bubo Wamba Family Farms.

Since Star Wars food has only existed on screen before, Disney’s food and beverage team had to figure out what it would look like in the real world. In trying to figure out the best approach the team asked, “What is our creative direction of the food, because we don’t know. What does it taste like? What does it smell like? What does it look like,” asked Brian Koziol, food and beverage concept development director at Walt Disney World Resort. “So we had that opportunity to really bring all of those touch points to every single guest that’s going to visit Galaxy’s Edge, and we’re super excited about that.”

Koziol also expressed that one of the goals is surprise, “If it looks like one thing and maybe it tastes like something else, that could be really cool.” 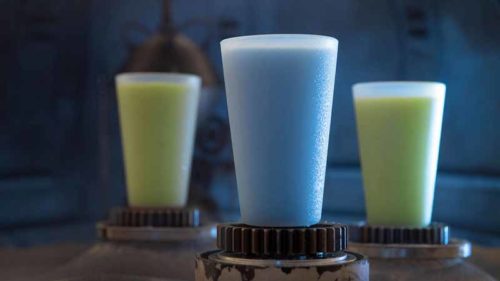 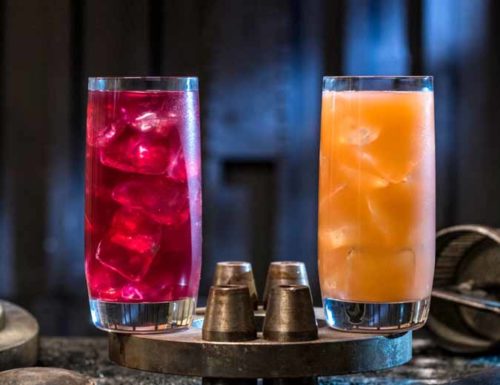 Left to right, non-alcoholic beverages: the Phattro and Moof Juice can be found at Docking Bay 7 Food and Cargo. From left to right, alcoholic beverages: The Outer Rim, Bespin Fizz, Yub Nub, and Fuzzy Tauntaun can be found at Oga’s Cantina 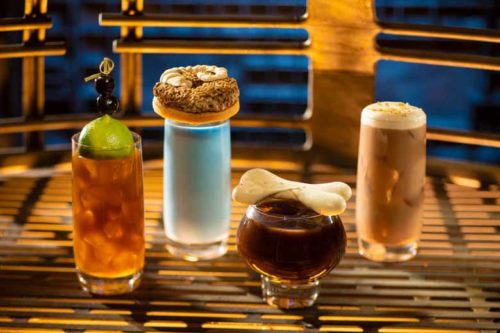 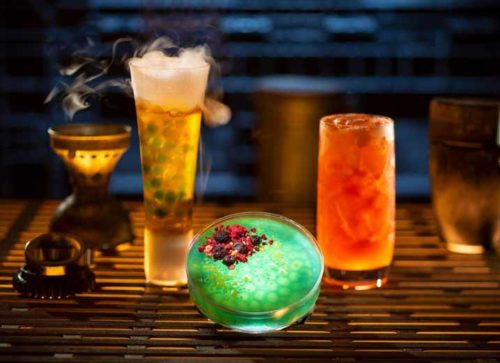 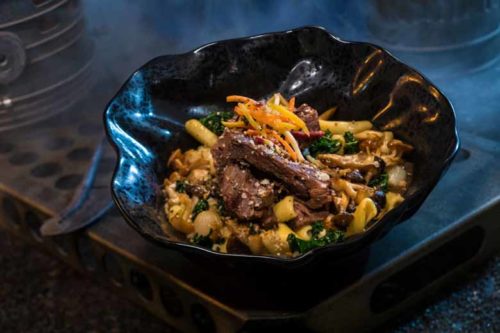 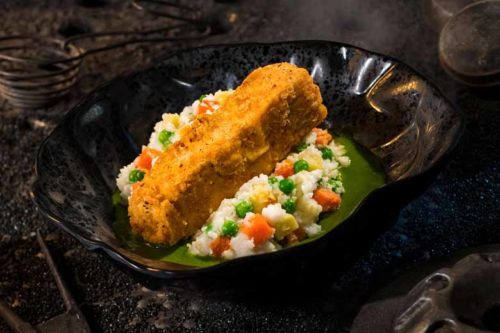 The Fried Endorian Tip-Yip, found at Docking Bay 7 Food and Cargo, is a decadent chicken dish with roasted vegetable mash and herb gravy. 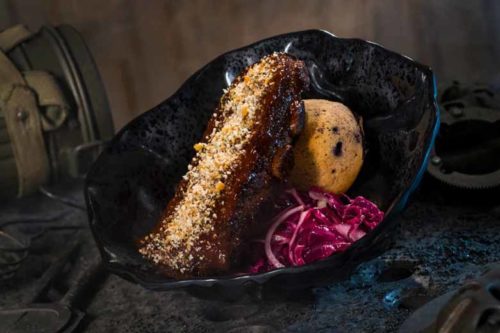 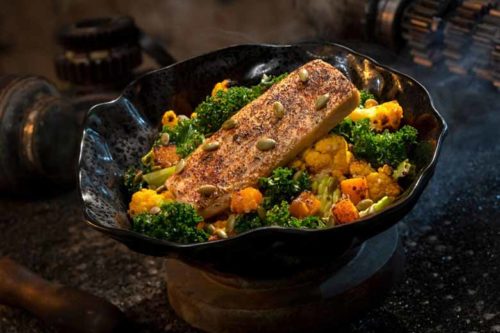 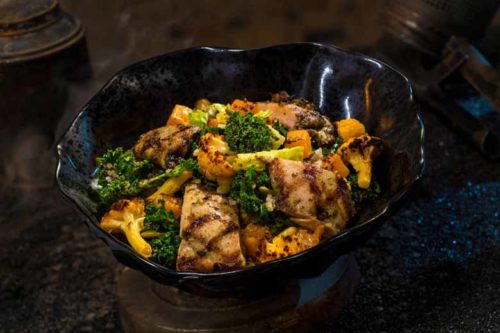 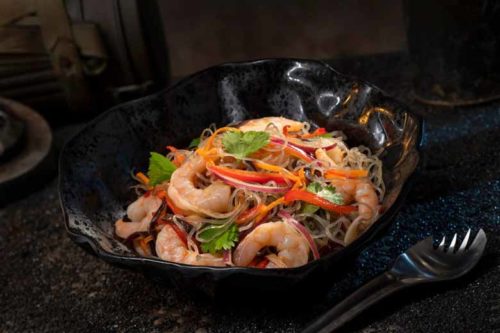 The Yobshrimp Noodle Salad, found at Docking Bay 7 Food and Cargo, is a marinated noodle salad with chilled shrimp 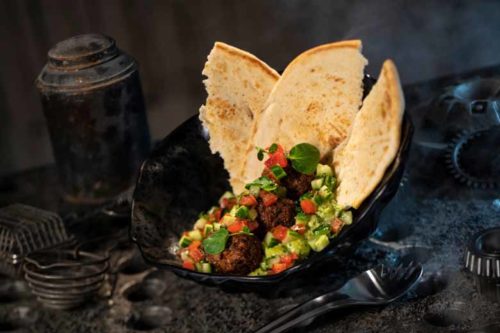 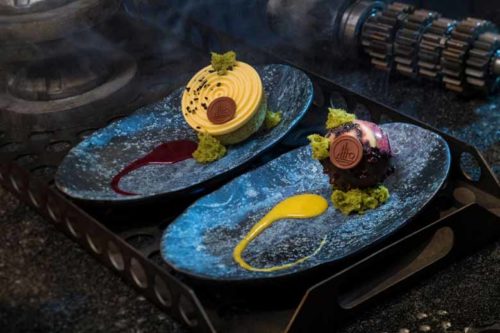 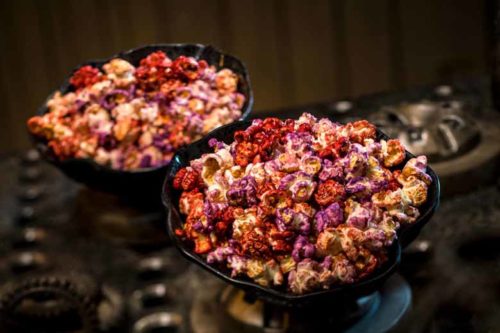 It appears Disney’s culinary team has learned from their experience with Satu’li Canteen at Pandora – The World of Avatar. While these food items may have different names than we’re used to, they look more like dishes we’re used to, maybe with just a few unusual, although not Un-appetizing, color combinations.

Did you see any food or beverage items you’re looking forward to trying? How about Blue Milk?

Previously: What we know about Oga’s Cantina, where you’ll be able to order alcohol for the first time in a Disneyland guest area.