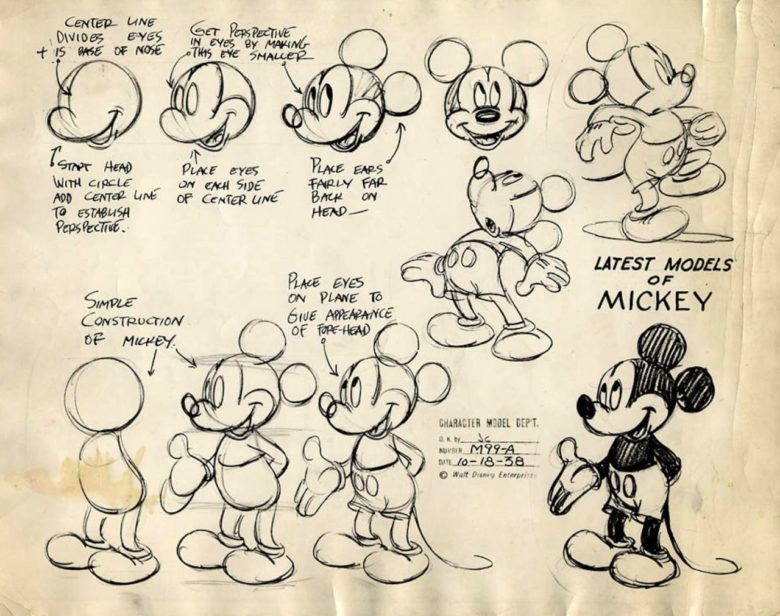 If your love of Walt Disney extends to his innovations in animation leading to the animated features that are cherished by so many, then you’ll want to find your way to the Walt Disney Family Museum for one of its upcoming seminars.

1930s cartoon characters featured a distinctive aesthetic, often with pie-cut eyes and rubber-hose limbs. Several of Walt Disney’s early projects adopted the whimsical nature of the era’s animation style, showcased in short films starring Mickey Mouse and the Silly Symphonies series (1929–39). When creating the game Cuphead (2017), Studio MDHR drew inspiration from these 1930s Disney cartoons. This not only informed the iconic style, but also pushed its limits. In this workshop, see examples of Disney shorts, then learn about the era’s stylistic quirks of animation from Studio MDHR and Cuphead lead animator Hanna Abi-Hanna, who will guide you in creating a 1930s-style hand-drawn looping animation.

Tickets for Traditional Animation with Hanna Abi-Hanna will be available online or at the ticket desk beginning Friday, March 8 at noon

Decades after Walt’s passing, many successful Disney films are still informed by Walt’s vision because they were—and are—shaped by those he inspired. Kevin Lima, director of films including A Goofy Movie (1995), 102 Dalmatians (2000), and Enchanted (2007), credits much of his success to the impact Walt that had on him. As part of our 10th Anniversary, join us as we celebrate Walt’s first feature film, Snow White and the Seven Dwarfs (1937), which would later be recognized as the first film to star a “Disney Princess,” and learn from Lima about his film career at Disney.

When Mickey Mouse had his debut in theaters in 1928, Walt Disney himself was the voice of the beloved cartoon character. Over the years, Mickey has been famously voiced by Jimmy Macdonald and Wayne Allwine, and now, on Mickey and the Roadster Racers, by our special guest, Bret Iwan. In conjunction with the opening of our special exhibition, Mickey Mouse: From Walt to the World, Iwan will discuss—in his own voice and in Mickey’s distinctive falsetto—how he became the voice of the iconic character, his feelings on what it’s like to portray such a celebrated figure, and the ways in which Walt still lends him inspiration

Don’t forget a special exhibition “Mickey Mouse: From Walt to the World” starts on May 16, 2019 and runs through Jan 8, 2020. The exhibition chronicles Mickey’s impact and influence on art and entertainment over the past nine decades and tells the story of his origin, rise to fame, and enduring world-wide appeal, juxtaposed with Walt Disney’s inspiring and parallel story. It is guest curated by legendary animator Andreas Deja in collaboration with co-curator Michael Labrie.

Previously: 10 years of magic at the Walt Disney Family Museum