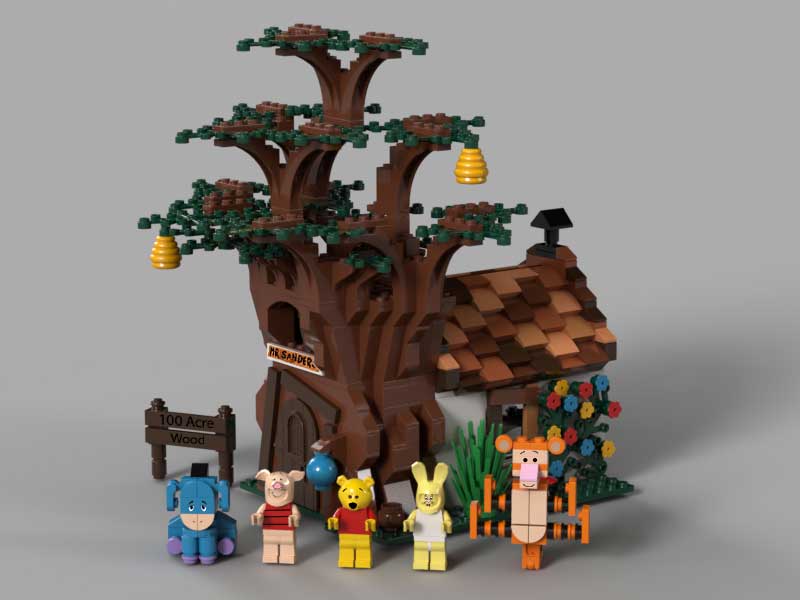 Ben Adler considers himself both a massive Disney fan and a LEGO fan. His two worlds collided when he decided to create something a bit different a set featuring Winnie the Pooh’s house and his friends made completely from LEGO bricks.

Check out those mini-figures. We love how Tigger is bouncing on his tail!

Adler submitted his idea to LEGO’s ideas website and it’s been approved as a potential project. Now it will take 10,000 votes to get the set considered for actual in-store sales. Your help is needed to take this set and move it from the 100 Acre Wood of LEGOs into the stores as a real set.

We asked Adler, what drove him to choose this as a LEGO project idea. “As a child I loved Winnie the Pooh,” said Adler. “I remember my parents reading stories about him to me. I now have a four year old who now loves me reading him the same story to him so it’s something close to my heart.” “I decided to create Winnie the Pooh and his friends from LEGO as it’s something I could see myself sitting down with my little boy (who’s LEGO crazy) and building together,” Adler continued. “It would then give us hours of fun recreating all their adventures together and I hoped that many other families could enjoy the same thing.”

We hope so too, but Ben needs your vote to make this set a reality.

Remember: your vote is needed to help make this LEGO brick set an official set.