Editor’s note: Please welcome Marianne Alvarez as our guest author. She’s very familiar with the Walt Disney Family Museum making her the perfect choice to attend this preview. If you want more from Marianne, follower her on Twitter.

It’s hard to believe that almost 10 years have passed since Diane Disney Miller opened the Walt Disney Family Museum (WDFM) to share her father’s legacy with us all. Miller set the museum in a beautiful location at the Presidio in San Francisco with a breathtaking view of the Golden Gate Bridge.  This week, the Disney Blog was invited to a media preview as the WDFM prepares to celebrate 10 Years of Magic.

The event started out with a lovely brunch, and then we were introduced to Kirsten Komoroske, Executive Director welcoming us and then Antonia Dapena Tretter, Sr. Manager of Student & Community Engagement.  Antonia told us how Diane Disney Miller was inspired by a group of drawings by the Creative Growth Art Center in Oakland that featured artists that have  developmental, mental and physical disabilities. 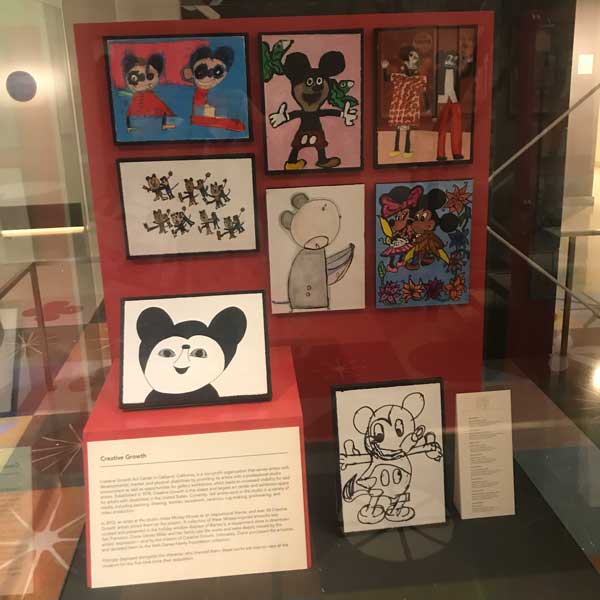 This was the inspiration to work with those at the museum who needed a place to create.  From artists with disabilities to troubled youth. Just as Walt created Mickey and Minnie out of adversity in his own life, these artists have art to help them overcome hardships.

This year the museum will feature A Powerful Force: Working to End Homelessness Through Art, September 24, 2019 – January 6, 2020.  The Museum will continue to work with school age children offering free tickets for field trips as well as free bus transportation.  This has been a very important part of the museum’s mission.

Over the course of the year they will honor Walt’s life story by theming their programs, events and classes to a gallery each month, starting with Gallery 1’s depiction of Walt’s childhood in February, and continuing chronologically until the year culminates in Galley 10 and it’s celebration of Walt’s remarkable legacy. Other Upcoming Programs, Classes and Workshops include.

Special Community events throughout 2019 include :

Museum Magic Hours a Nightlife Series – the museum will host a series of festive after hours events, each themed to a different topic.  Attendees are invited to experience the galleries in a new way, participate in intimate tours, presentations, film screenings and hands on activities, and enjoy food and libations.

We were then introduced to Andreas Deja, Disney Animator who told us about the new exhibit that would be featured this year. Mickey Mouse: From Walt to the World, May 16, 2019 – January 6, 2020.  He told as as a young boy he fascinated with Mickey Mouse and how amazing and what a privilege it was to be drawing him some 50 years later. 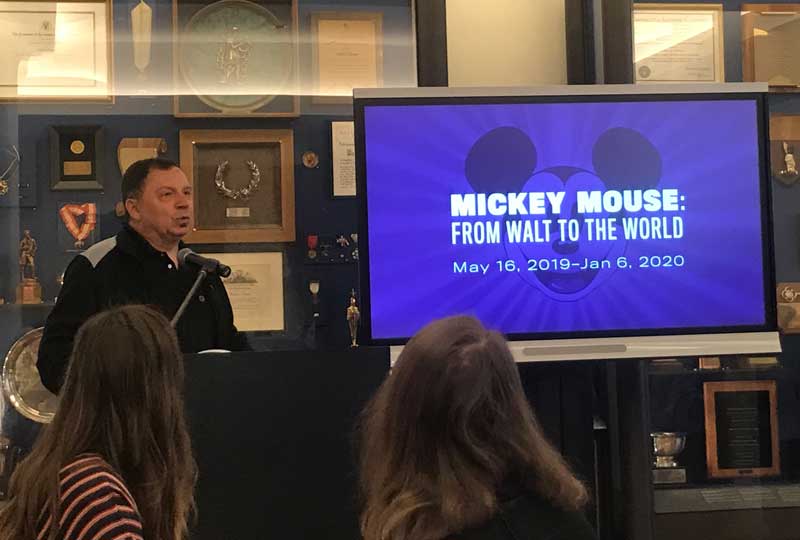 The Exhibit will be in the following sections :

We we introduced to Sirron Norris – Muralist & Storyteller.  Animator for Bob’s Burgers. He reveled the new mural that will be featured at the exhibit.  It honors Walt’s life as well as San Francisco as the showcase for the museum.  The mural is interactive as there will be 12 different hidden Mickey’s included.

I spotted these early Disney posters at the museum and just had to share them.

The social media director talked about the Official Walt Disney Museum Podcast.  Every Wednesday join the WDFM team for conversations about the life and legacy of Walt Disney.  You will also hear exclusive clips and interviews with Walt, his family and those who knew him best.  The podcast will start in February and feature each gallery. 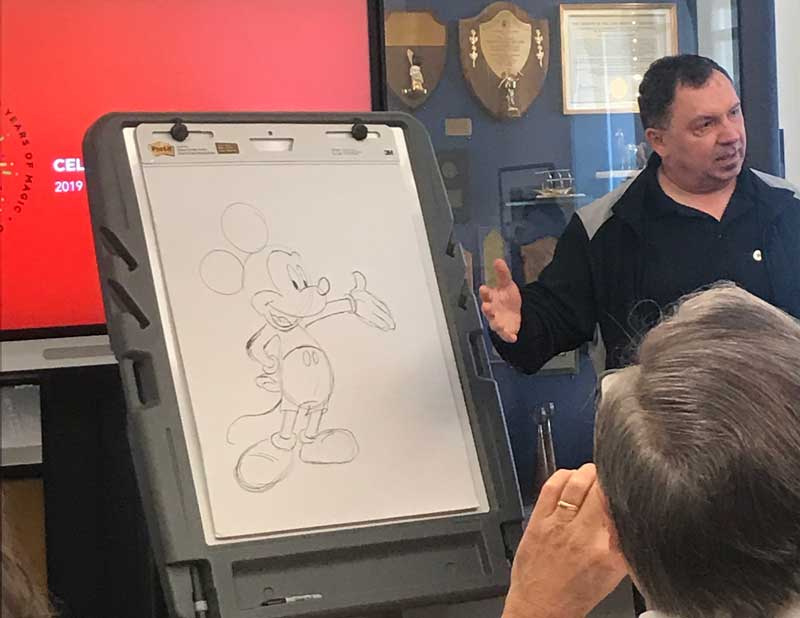 We were then given a very special treat. A master class by the master animator himself, Andreas Deja in how to draw Mickey Mouse. He was very kind after the event and said mine was pretty good (it was not). I did thank him for his animations, but especially for creating Lilo from Lilo and Stitch. I told him she meant a lot to our family and he said she was a very special girl. I could tell by talking to him, Lilo was one of her favorites to animate.

I’m excited about what the Walt Disney Family Museum is sharing with us in 2019 and I can’t wait to see what the next 10 years brings.