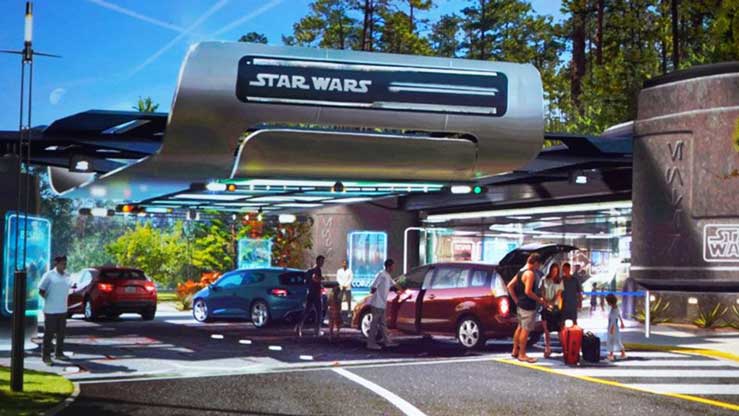 The first ever Star Wars-themed resort that’s being planned for a lot adjacent to Disney’s Hollywood Studios big Star Wars expansion, promises an immersive experience for guests from their arrival at the space-port to space-view cabins onboard a luxury Starship in orbit above the outer rim planet of Batuu.

Guests will check and begin their multi-day Star Wars adventure with an arrival experience that will simulate a launch into space, orientation with the starship and its cabins, and other information on how to participate in the Star Wars galaxy. High-end dining, role playing, and encounters with other Star Wars characters will occur in common areas, such as a large dining hall and specially designed rooms like the ship’s bridge. 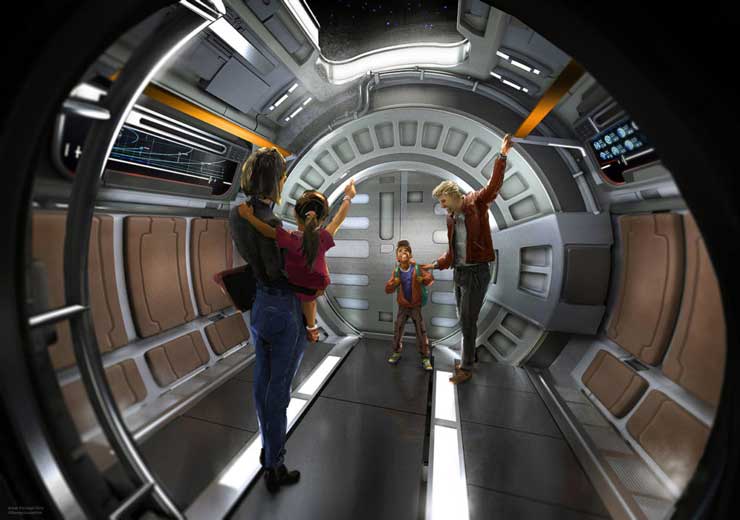 Each group of passengers will have a cabin with its own space port providing a view of space and the planet Batuu down below. When the hotel opens it’s expected to have around 70 ‘cabins’ capable of hosting 400 guests. It looks like there will be two basic cabin types. A regular-sized cabin and a larger first class cabin.

To get to Star Wars: Galaxy’s Edge, passengers will board a shuttle from their starship for transport to the planet Batuu. This ‘shuttle’ is likely a modified van with ‘windows’ that are actually monitors that will show your descent or launch back into space when you return. 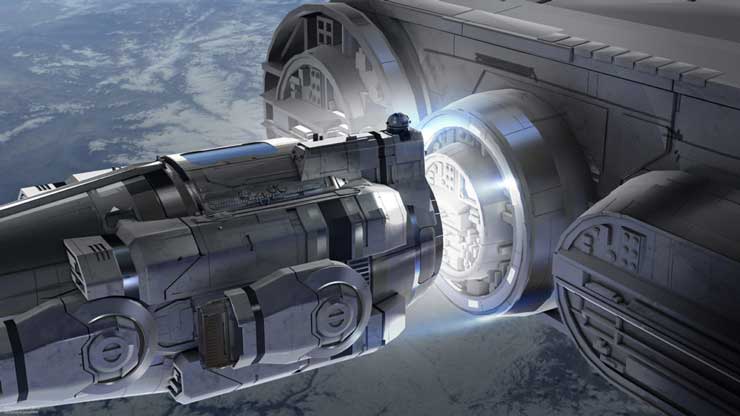 The whole experience sounds very labor intensive. Every cast member of the hotel will have to be trained in their story and how to stay in character when interacting with guests. There will also be the normal hotel administration and maintenance staff, more of those, really because they’ll be required to fix show elements as well. Then the hotel will also have multiple shifts of entertainment staff.

My guess is Disney will treat these entertainment contracts like a cruise ship. This way the ‘Starship Captain’ guests interact with on day one at 3pm is the same Captain they see at 8am the next morning at breakfast. There will also have to be some nifty behind the scenes data manipulation so that hotel staff can interact with their guests on a consistent basis. So if a guest pilots the Millennium Falcon when down on the planet to a successful mission, the bartender in the starship will later comment on how that guest successfully smuggled 400 rods of fuel to the rebels and offer them another mission, or something like that.

The totally immersive adventure will keep guests within the ‘magic security envelope’ of the Star Wars galaxy by scanning guests when they check-in to the hotel and them keeping the in the secure perimeter with the themed shuttle directly into Star Wars: Galaxy’s Edge inside Disney’s Hollywood Studios.

An experience like this will no doubt be very expensive for any guest who wants to travel to the Star Wars galaxy in a way never before available. What is your prediction for how much a stay in the Star Wars-themed resort will cost per night?