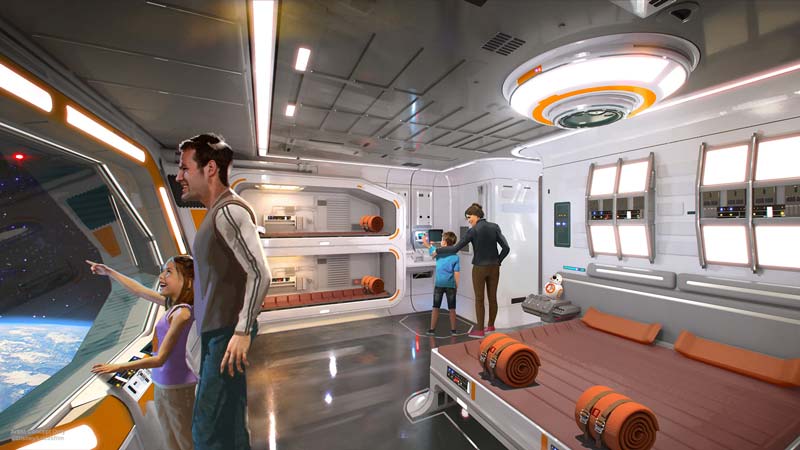 Did you know that Walt Disney World has plans for a new luxury resort? It’s not the rumored new hotel on the monorail loop to and from EPCOT, instead it’s a Star Wars-themed hotel built around the ambitious plan of immersing guests in a 360-degree fully-realized environment that places guests in the middle of a multi-day adventure in a galaxy far, far away.

As a resort guest, you will have the option to go a mission. A dossier will tell you where to go, which characters you have to interact with to complete the mission. What happens at the hotel will impact your reputation in the park, and vice-versa. Multi-day stays will be required so you can participate in complicated missions, while still getting some time in at the theme parks. 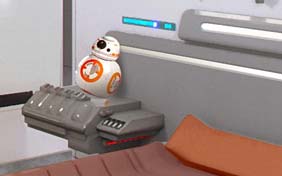 At the top is room with an other-worldly view. The chief conceit of he hotel is that you won’t be on a terrestrial hotel, but rather a flying spaceship resort. Your room will look out over an alien planet. Guests will have access to a Star Wars wardrobe so they feel more immersive. The detail of having your own droid beside the bed to interact with is great. I can see some secret mission details coming in via the droid.

I love this concept art for a lounge and bar at the Star Wars themed hotel. It has a viewport looking down from space on an alien planet to set the mood. Note the little kid with Mickey Ears. That’s the only sign you have that you’re at Walt Disney World. If you look close you’ll spot a monitor with a view of Naboo, one of the destinations for Star Tours. 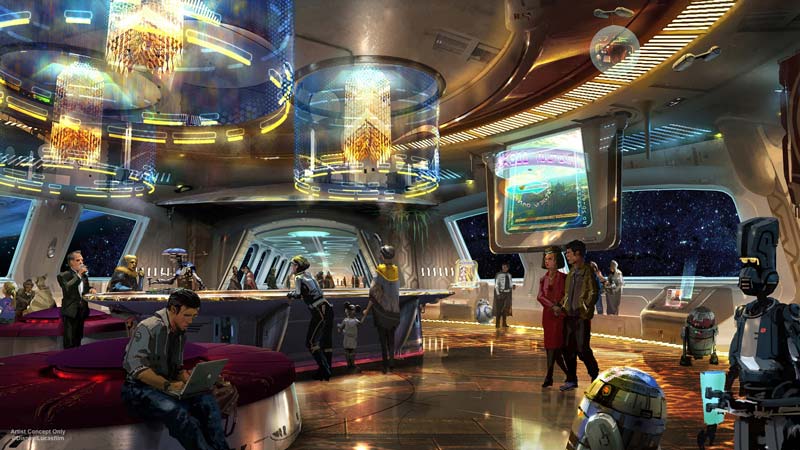 This picture shows what looks like an active role play room where guests will be asked to carry out tasks to fly a starship into a space battle with the First Order. Notice the two droids, BB-8 and R2-D2, and alien races including a Twilek and a Mon Calimari. Different roles means repeatability is in play so you might book a return trip in the future. 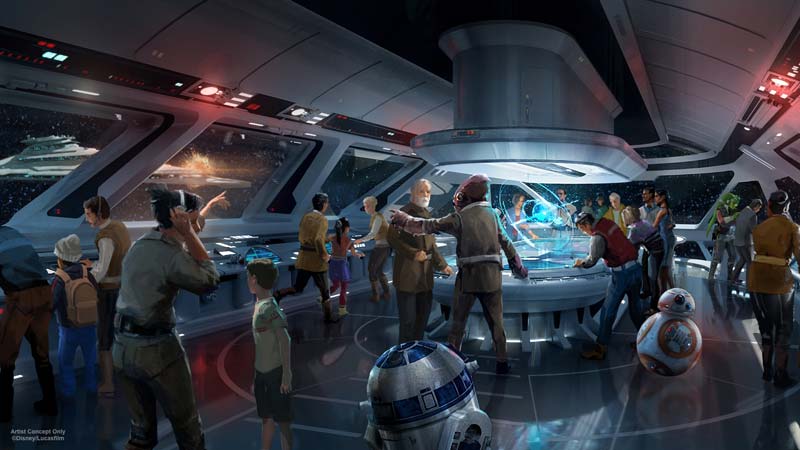 I don’t doubt that Disney has the technical, casting, and hospitality know-how to pull this off. I am less certain that there will be 365 days worth of guests a year who want to get into the whole Live Action Role Play thing, even for a chance to visit the Star Wars galaxy in a completely unique way. Disney feels similarly, that’s why there will will only be 400 rooms to start, and if there’s demand then they will keep expanding up to 1,000 rooms.

Once the new entrance to Disney’s Hollywood Studios is complete, Disney will transition the old world drive entrance is expected to become the new entryway for the hotel. The hotel itself will be adjacent to Star Wars: Galaxy’s Edge, but not in it. Disney learned their lesson with the hotel in Disneyland Paris.

The room rates for the hotel are expected to be astronomical. But the experience is expected to be phenomenal. It will be priced similarly to the Disney Cruise Line. For instance, if the first guest costs $1300 for two nights and each extra guest is $400. Those prices are estimated, but I’m told it’s going to be fairly close to that.

Keep in mind that not only will there be plenty of entertainment cast members who have to learn their roles and perform, there will be backstage support, and even regular hotel staff will have to be in character.

Disney’s Imagineers are already testing some ideas that will find their way to the Star Wars-themed hotel. The Mission: Space restaurant that looks down on an orbiting earth seems designed to be a test to see if Disney can convincingly transport guests into space for a unique experience. It will also test the technology they expect to use for the ‘windows.’

Star Wars: Galaxy’s Edge will open in 2019 at Disney’s Hollywood Studios. The Star Wars themed hotel does not yet have an opening date. But I don’t expect it to open simultaneously with the new land.

Forgetting the price for a moment, does a whole hotel dedicated to Star Wars role play sound like something you’d like to experience?